The southern Hinlopen Strait is full with ice, no thought of getting through. Ice, ice, ice! Including plenty of icebergs. The southern part of Austfonna, the large ice cap on Nordaustland, has been surging in recent years, pushing a lot of glacier ice into the sea. 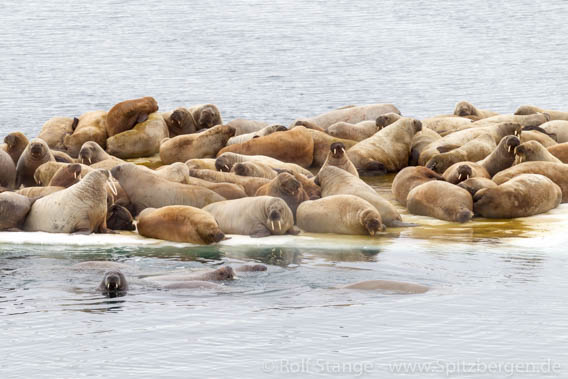 Almost 80 walrusses are lying on 3 ice floes, most of them young animals, some just beyond the baby stage. The largest group alone is near 50 walrusses on one quite overcrowded ice floe, hard to believe that it did not already break under those many tons of huge seals. The walrusses are very busy with themselves, fighting playfully, very active, some going into the water just to get out onto the ice floe again. We watch the magnificent display for a while from a careful distance and disappear again.

The long glacier front of the ice cap Austfonna is in dense drift ice, out of reach. Captain Joachim maneouvres the Antigua as far into the drift ice as possible and then stops the engine for a while. Ice, ice, ice anywhere. Drift ice, icebergs, glaciers. High arctic. 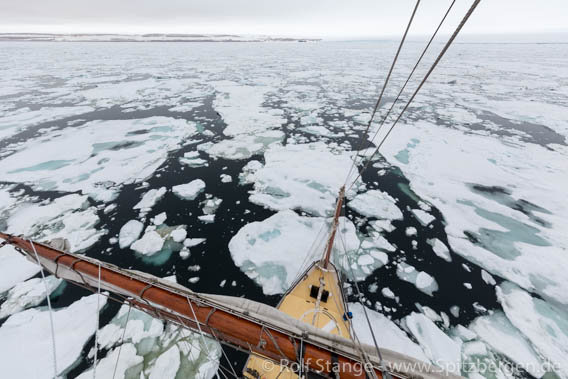 An evening visit to a group of walrusses resting on the beach rounds a wonderful Hinlopen day off.