While North Korea is provoking the world by testing nuclear weapons and long-range missiles, the regime has signed the Svalbard Treaty on January 25 without much public attention. This treaty, which was signed in 1920 in Versailles and came into force in 1925, gave Norway sovereignty over the Spitsbergen archipelago (the original treaty document does not have the name Svalbard) while maintaining rights of signatory governments and their citizens to be economically and scientifically active without the need for a general permission. One of the consequences is that Spitsbergen is, in contrast to mainland Norway, not part of the Schengen Treaty area.

Svalbard is not unknown in the far east: especially in Thailand, people are quite aware of this unique job opportunity that does not require residence or work permits. The third-largest population group in Longyearbyen are Thai people, which have been forming an important part of the social and economic structure of the town for many years by now.

It is not known if the North Korean regime plans their admission to the treaty to be followed by any practical steps or any kind of presence. North Korea is also member state of the Antarctic Treaty (without voting rights). As far as known, the only North Korean activity in Antarctica was the participation of some scientists in a Soviet expedition in 1989/90. 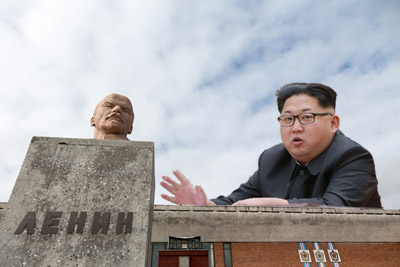