The Norwegian government publishes a strategy paper to define a framework for Spitsbergen-related politics every couple of years. The last one came in 2009 and the new one had been announced a while ago. Local players were eagerly waiting for it, hoping for new and positive impacts for the local development especially in times where one of the major local economic driving forces, the coal mining industry, is largely collapsing.

Now it is there, the new Svalbard white paper was published this week and it is now widely discussed in regional media.

Most commentators are disappointed, all in all. The new Svalbardmelding is a description of obvious developments rather than a package of impulses to drive future development. Comments are quickly drifting into the details of local economic policy, and maybe that is what is new about it: economy is more important than it was in the 2009 paper. But it is no news that coal mining is of decreasing importance. More year-round full time jobs are to be created, preferably in the private sector, but public institutions may just as well increase their local presence. The future fate of the mining company Store Norske remains unclear, and so does the answer to the question who will fill the gap that Store Norske has left in Longyearbyen’s economy as a major industrial actor. Local ideas to development Longyearbyen’s industry as a fishery port are not taken much further by the new Svalbardmelding. These are amongst the questions that locals want to have answered.

Neither is there much clarity about flight traffic. Due to historical contracts and Spitsbergen’s special political situation, Longyearbyen is currently not open as destination for scheduled flights from non-Norwegian airports. Recently, Finnair has cancelled flights already scheduled and in sale for this summer, much to the regret of the local tourism industry.

Another important issue is local power supply. It is not a secret that the coal power plant, originally built in 1983, is not going to last forever. The question of the future electricity supply is going beyond the technicalities of how power is getting into sockets in Longyearbyen: the vision of Longyearbyen, a small and electrically isolated community, as a laboratory for technology for the energy supply of the future, has been discussed for quite a while already. A clever realization of this vision might create knowledge of global importance and local jobs. The new Spitsbergen whitepaper does not make much of a contribution to these ideas. Important impulses for these developments are not expected from the new paper.

The only concrete task that is heralded by the Svalbardmelding is 10 million NOK (currently just above 1 million Euro) for new accommodation, also as a reaction to the loss of 11 houses during the avalanche in December 2015.

The new Spitsbergen white paper (Svalbardmelding) does not bring any surprises or major unexpected impulses to the local development. 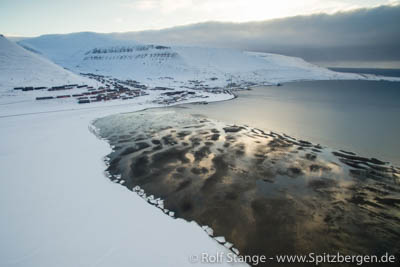