Today and tomorrow we want to try to find out about some of Nordaustlandet’s secrets, which are hidden deep in the huge fjords. Some of theses surprises happen just to be on our way. Suddenly we have at least 2 Blue whale close to the boat, possibly 3. Huge animals! One is really big, even to Blue whale standards. Who said recently that it was a bad whale year in Spitsbergen’s waters? Well, we can’t complain. 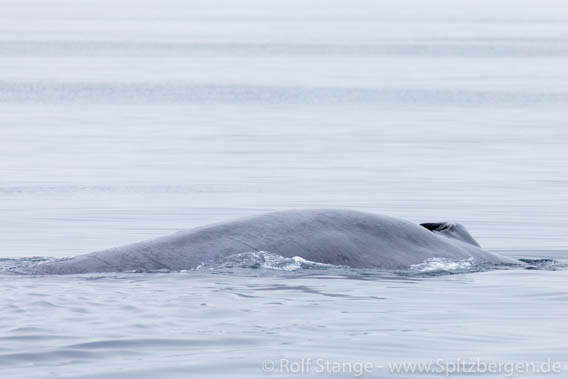 Later we venture to explore Scoresbyøya, in the middle of the wide-open Nordenskiöldbukta. We don’t stay long, especially as we find out that we are not alone on the island. There is something lying behind a rock, and it is yellowish-white and it has fur and ears. Just sleeping and far away, but we prefer to move away and leave the island before any unpleasant situation can develop. 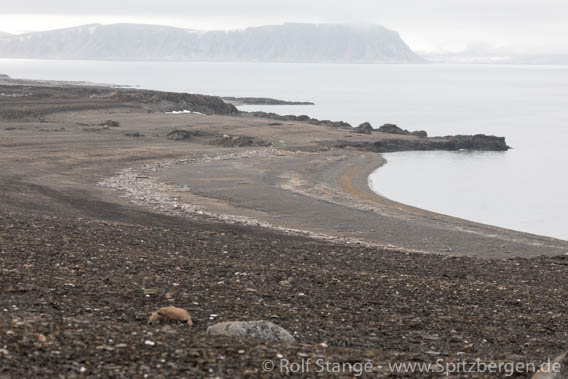 A bit later, we happen to find to walrusses on a little iceberg. A mother with a little calf! Well, „little“ is a relative term when it comes to walrusses. But it is really a very young one, still living on its mother’s milk rather than mussels. 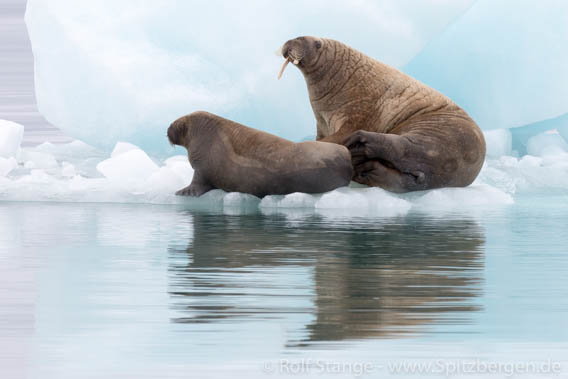 We drop the anchor in Wordiebukta in the late afternoon. This is where the German Kriegsmarine had their war weather station called Haudegen. The men were picked up in September 1945, being the very last German military unit of the Second World War to surrender. Something that they were very happy to do. The hut is still there. A bizarre bit of history and a bizarre place. 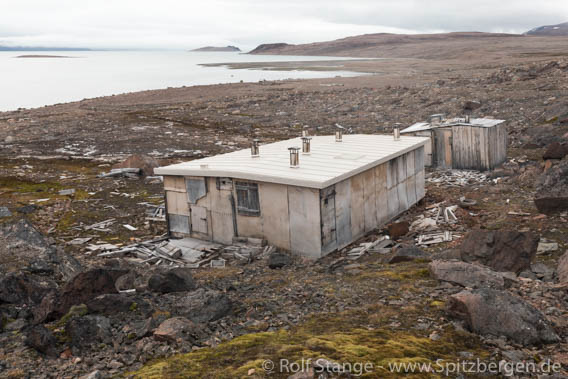