The swan song of the winter? Just in time for the “ornithological spring”, a rare tundra swan (Cygnus bewickii) showed up near Longyearbyen. Swans are not on the list of breeding birds in Spitsbergen, they come just occasionally as vagrants. 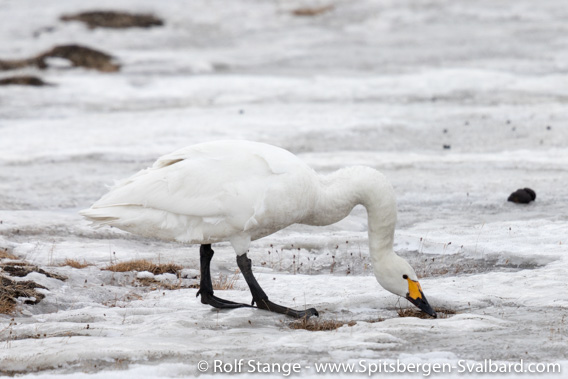 There are just five sightings of tundra swans registered on artsobservasjoner.no, a website to register species sightings in Norway. The oldest one of these observations is from 1987. 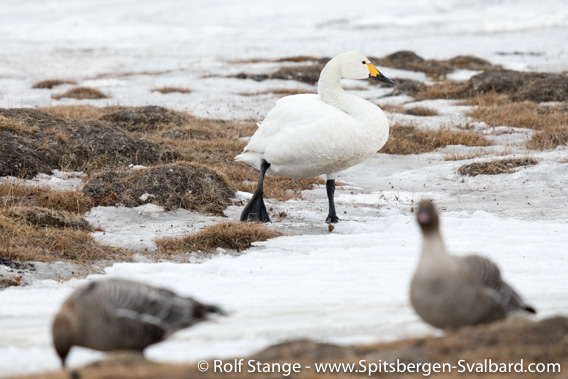 There are also sightings of the whooper swan (Cygnus cygnus) in Spitsbergen, 24 since 1992, including 7 observations from Bear Island (Bjørnøya). And regarding the tundra swan, things can actually be a bit confusing: according to Wikipedia, “The two taxa within it are usually regarded as conspecific, but are also sometimes … split into two species: Bewick’s swan (Cygnus bewickii) of the Palaearctic and the whistling swan (C. columbianus) proper of the Nearctic.” 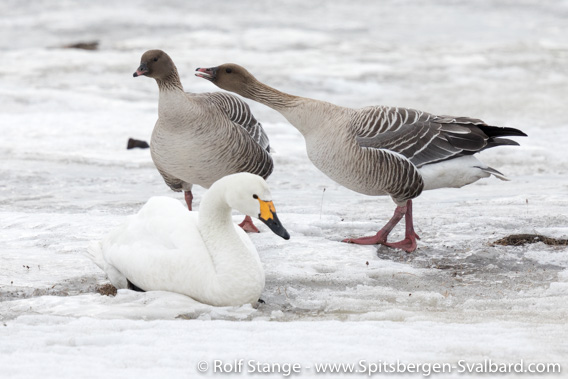 But in this case, local bird enthusiasts seem to have settled on a tundra swan (Cygnus bewickii). The bird seems currently quite happy amongst several dozens of pink-footed geese who came up during the last days after their spring migration. 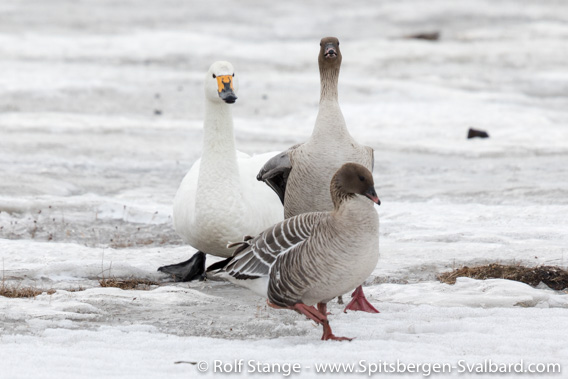 These photos were taken without disturbance with a focal length of 1200 mm and a high resolution camera.

Also these representatives of the local subspecies of reindeer seem to be happy that there are more and more patches of tundra coming through the snow now. The snow mobiles are stored away for this season, beast and man are looking forward to the summer now! 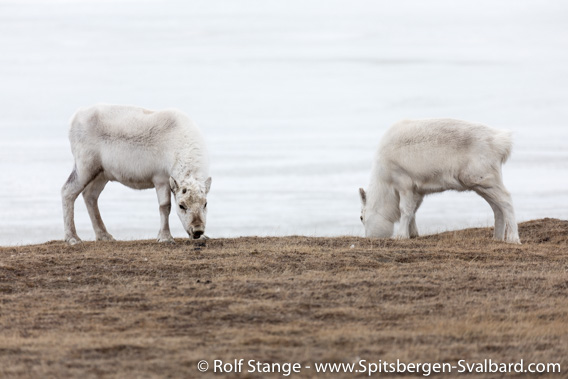