A polar bear was seen close to Longyearbyen near 5 a.m. on Monday (27 May) morning. It was in Adventdalen, not far from the road and the lowermost houses. The Sysselmannen (police) was called, several shots were fired with a flare gun and the helicopter went out to scare the bear away from Longyearbyen. The bear then walked away along the shore towards Hiorthhamn, on the other side of Adventfjord.

The public is reminded to take the risk of meeting a polar bear seriously also near Longyearbyen. 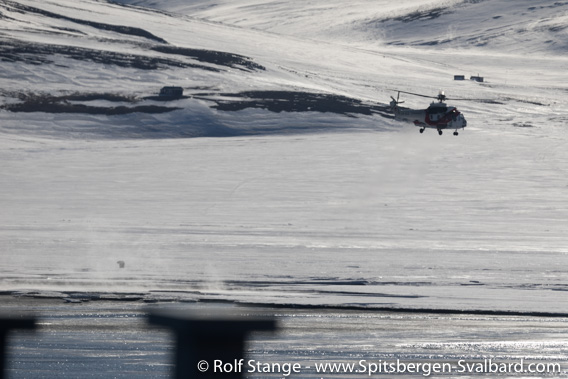 The Sysselmannen’s helicopter and the polar bear (lower left) in Adventdalen.