A new local government (“Lokalstyre”) was elected in Longyearbyen yesterday (Monday, October 07). The municipal council has 15 members and elects the Lokalstyreleder (“mayor”) from these members. Lokalstyre administrates the area of the community of Longyearbyen, but does not decide on the politics in Svalbard beyond Longyearbyen.

Most votes were counted Monday evening. The result is not yet final, but major changes are not expected anymore. According to the preliminary result, Arbeiderpartiet (Ap, labour party, social-democratic) received most votes and will have 5 out of the 15 seats in the future community council. Venstre (V, a social-liberal party) got a few votes less but will also have 5 “Lokalstyremedlemmer” (community council members). Høyre (H, conservative party) and Fremskrittspartiet (right-wing libertarian party) will have 2 seats each. The local branch of Miljøpartiet De Grønne (green party) received a rather disappointing result and will only have 1 seat in the future community council, something that has certainly also to do with their election campain – not much was heard from Miljøpartiet De Grønne in Longyearbyen during the months and weeks before the elections.

Arild Olsen (Ap) has been Lokalstyreleder (mayor) since 2015. Both Olsen and Terje Aunevik (V) have chances to take the mayor’s chair in the future community council.

The voter participation was 61.7 %. All inhabitants are eligible to vote after a certain period which depends on their nationality.

Longyearbyen Lokalstyre was established in 2002, introducing local democracy in Svalbard’s largest settlement. Lokalstyre and the mayor are not to be confused with the Sysselmannen (“governor”), who is the highest representative of the Norwegian government. The Sysselmannen is not elected but appointed by the government in Oslo. 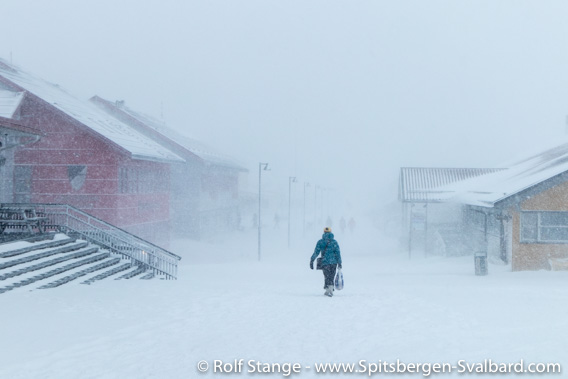