Re-opening Spitsbergen for land-based tourism is a process that has already begun. Since 01 June, visitors from mainland Norway can travel to Spitsbergen again, other Scandinavian countries (except Sweden) will follow soon, on 15 June.

At the same time it has, so far, been mentioned that “coastal cruises” over several days would take some more time because of their specific challenges. First steps have now been taken to re-open for this kind of travelling: according to a press release by the Norwegian ministry of justice, which is responsible for Spitsbergen, ships may start cruising Spitsbergen again now under several conditions. Only ships with a maximum capacity of 500 passengers are permitted and they may only use 50 % of their capacity. The theoretical maximum number of passengers on board is thus limited to 250. Only passengers from countries whose inhabitants can travel freely to Norway including Spitsbergen are allowed: this is currently mainland Norway and soon also Denmark, Finland and Iceland. 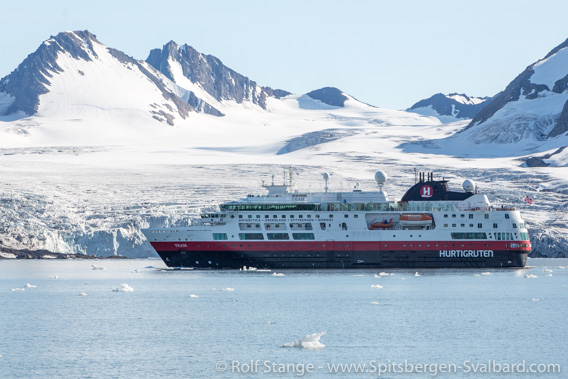 As all tour operators who are running land-based tourism, a hygiene and health safety plan needs to be prepared and approved by the authorities for every ship, based on general Corona safety guidelines which have been prepared by Svalbard Reiseliv, a local tourism organisation, together with relevant authorities. It remains to be seen which ships will be able to meet the requirements in terms of minimum distances etc.

Ships have to be prepared to sail directly to Tromsø in case of a suspected Covid-19 infection on board, rather than to Longyearbyen.

Passengers from countries other than the above-mentioned Scandinavian ones will need some more patience. The Norwegian government has announced to come with information regarding a possible re-opening of Spitsbergen for citizens and residents from “neighbouring” European countries until 20 July.

Ship-owners and tour operators will have to see if they can actually operate with a maximum capacity of 50 %.