Several cases of rabies have been found near Longyearbyen within a week: First, the virus was found in a polar fox that had attacked a dog. A few days later, two reindeer which were apparently partly paralyzed were shot and found to be infected with rabies. As far as known, this is the first time the virus has infected another species beyond polar foxes in Spitsbergen. Rabies is a fatal disease also for humans, and the authorities request the public to be accordingly careful:

This reindeer is just resting. Other ones were recently found to be infected with rabies. 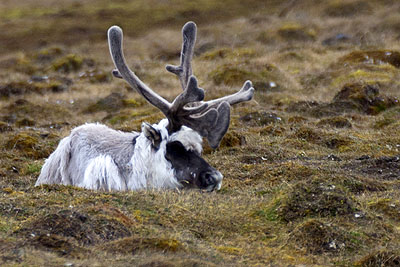