Snow cover in the arctic on the decrease

The larger share of snow-free ground absorbs sun radiation, turning it into warmth, rather than reflecting it back into space, as snow would do. The result is a positive feedback: a warmer atmosphere leads to less snow, which again results in a further warming of the atmosphere. In areas with high accumulation of biomass, such as Siberia and parts of Canada and Alaska, higher soil temperatures will additionally lead to increased methane emissions from the ground. Methane is a very aggressive greenhouse gas. 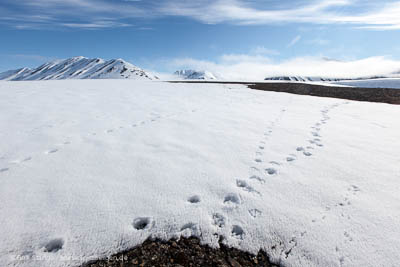