The core of my polar activities in 2013 has been the direct, unfiltered experience of the Arctic and Antarctic. This has always been and will always be the most important part for me, of my life. And regarding this, 2013 has definitely been a very successful year. Some highlights:

The semi-circumnavigation of Antarctica, including a visit to the Ross Sea, was without any doubt a highlight and something every polar enthusiast will have on his or her wishlist. I am glad that I could be part of it in February 2013. The next voyages of this kind are scheduled for early 2015, and I am already looking forward to it!

One of many unforgettable polar impressions in 2013: Emperor penguins in the Ross Sea, early February. 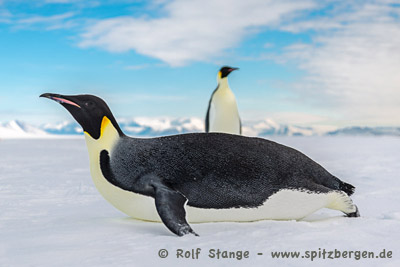 Several months in Spitsbergen in winter and spring 2013 were definitely a highlight beyond the perspective of 2013. Just have a look at the photo galleries!

On the way to the east coast of Spitsbergen, April 2013. 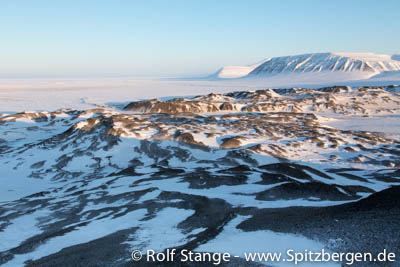 This was followed by several voyages in the arctic on board SV Antigua. Always a highlight, that is fore sure. And this summer was certainly no disappointment. We started in Norway, went to Bear Island and then around Spitsbergen several times. Intense arctic experiences of all kinds, beautiful impressions. This kind of arctic voyage will certainly continue to be a focus for me.

This curious polar bear kept swimming around Antigua for quite a while. Unforgettable for all of us who were there! 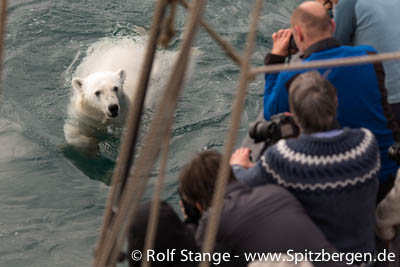 Then followed two trips in Scoresbysund in east Greenland on SV Ópal from Iceland in September. Just great. Beautiful, big Greenland. Good boat, good people. I am looking forward to more of this in 2015.

With SV Ópal in Scoresbysund, east Greenland. Again: Auch hier: Unforgettable for all of us who were there! 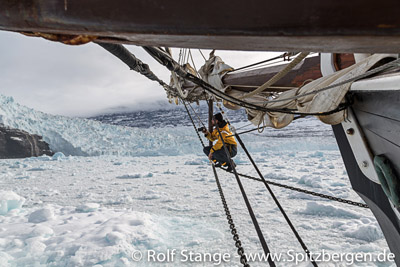 In November I had the opportunity to visit the South Sandwich Islands. Rarely visited, and new land for me. Exciting stuff! This was part of a voyage that went to some of the great places on Earth: the Falkland Islands, South Georgia and the Antarctic Peninsula.

Saunders Island, South Sandwich Islands. And once more: Unforgettable for all of us who were there! 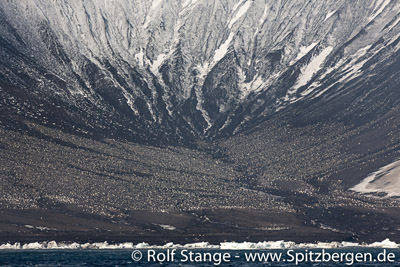 I will continue travelling in polar areas as long as I can, by all means. For sure. I’ll be in Spitsbergen several times next year: soon in the polar night, then during the spring season which is ideal for any kind of winter traveling, and of course during the summer sailing season. I’ll travel on sailing ships of tall ship size (Antigua) and smaller (Arctica II, a true arctic yacht). In July, I’ll spend about a week on Jan Mayen. And I’ll be back to Greenland in 2015 at the latest. 2014 will be too short. As every year. 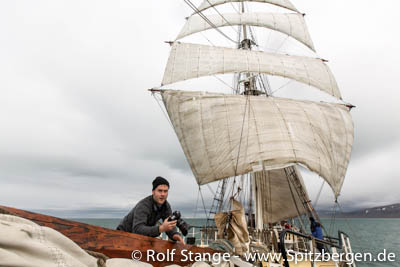