Admittedly, it wasn’t really high performance sailing yesterday evening. But at least, we were moving under sail, even into the right direction, roughly. That changed today in the early morning. We were still slow, but then going towards north Greenland. Also an interesting place, but not in our plan for the time being. But then the wind came, and we were heading with up to 10 knots into Smeerenburgfjord. 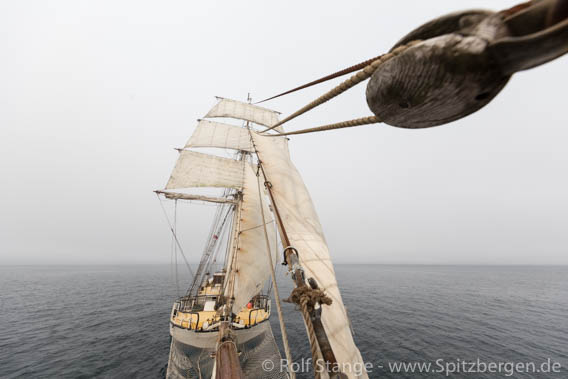 Amazingly, the wind died down at the right time, as we wanted to make a landing in the afternoon. Virgohamna, the arctic version of Cape Canaveral, open air museum of aeronautical north pole expeditions. 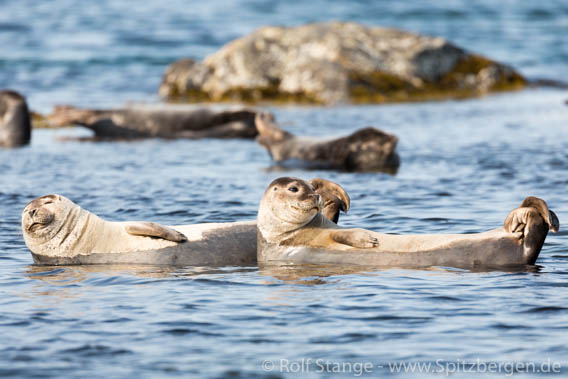 Harbour seals are not exactly animals one would associate with the high arctic. The ones here kind of got stuck here. Leftovers from a time, several thousand years ago, when the climate was a bit warmer. They thrived and got well established. Then it cooled down again, but they stayed. Probably not living the greatest harbour seal life anymore, but they at least. An unusual sight in Spitsbergen. Often, they don’t like people getting near them on shore, but they don’t mind small boats too much, and so we could make a nice visit. Funny how they are resting on stones. Doesn’t look too comfortable …