Let’s forget yesterday. Too many tough hours were spent criss-crossing Storfjord, back and forth, in strong wind and high seas, trying to find an opening in the ice and a passage south. What looked like a passage turned out to be a dead-end road. The east coast of Spitsbergen looked so close, Hornsundtind was clearly visible, but as out-of-reach as the moon. 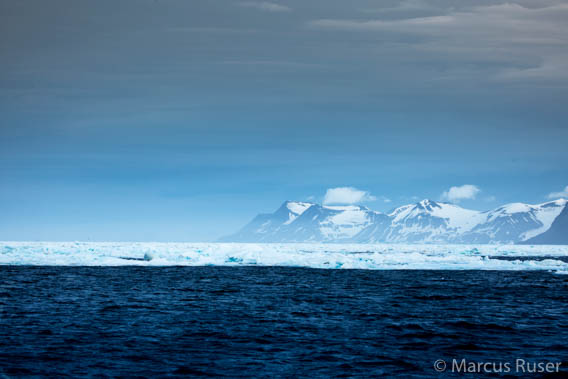 Finally we declared the case as hopeless for the time being and steamed off towards Edgeøya, some more hours against the waves, but then we found a good anchorage in Habenichtbukta, sheltered from the sea and thus reasonably calm. Soon, life came back on our good, little Arctica II, people appeared again and chaos was turned back into a cosy home.

The idea to sit the weather out in this rather comfortable position was quickly welcomed by everyone. We could also expect that the ice, which according to all available information couldn’t be more than a relatively thin stripe, should be spread by the strong wind, so a passage to the south cape should be possible in the near future. So the next thing to do was a good dinner, an enjoyable social evening and a good, long night’s sleep J 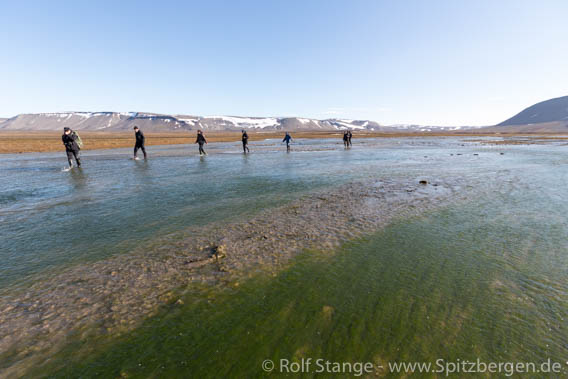 The wide tundra of southwestern Edgeøya is an arctic dream, so of course we went out this morning to explore a bit, and our little sunday morning walk turned out to last a good couple of hours. The tundra has an amazing display of colours, it covers a lowland of rolling hills on basalt rock. Altogether, this attracts the eye and the attention without any limitation. The wide flat-topped mountains in the distance give the scenery the character that is so typical for southeastern Spitsbergen. A wild, beautiful arctic country. Colourful flowers, the polar willow is showing the first hints of autumn. A multi-channeled arctic river, a reindeer, old fox traps from times of hunting which are history now since long. A long, silent rest to enjoy the impressions and let the eye wander and the spirit wonder. 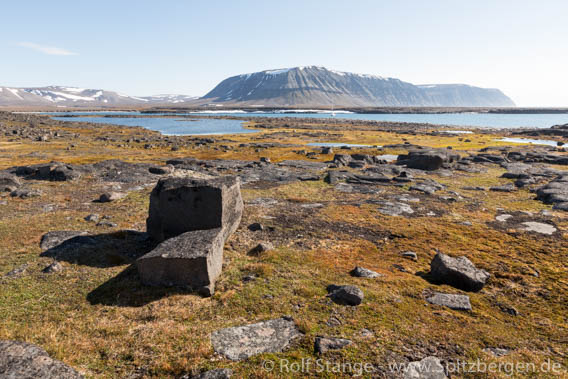 A second landing in the late afternoon turned out to be a short-lived affair. After a short walk only, we saw a polar bear walking a bit further south. We went back to the ship and left him alone in his kingdom.