Ice … we’ve had a similar headline before, didn’t we? Possibly. Now we are off Isbukta, southern east coast of Spitsbergen. At least, we have not been this far south before, recently, the south cape seems so close.

Earlier today, we thought once again that we were through, the ice stayed behind, open water ahead … but a few miles later, more ice, the next dense belt of drift ice. According to today’s ice chart, it should have been an isolated field of „open drift ice“, well, we have heard that before. 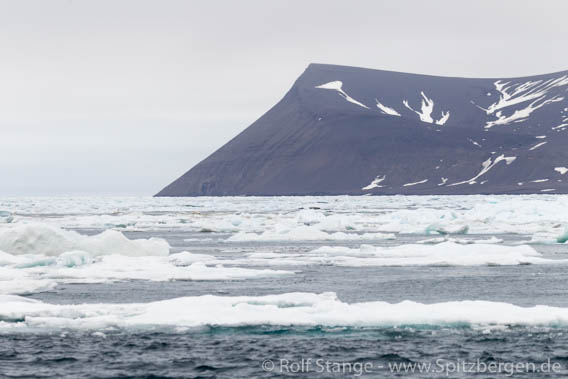