Election of the new City Council (Lokalstyre) in Longyearbyen

Sunday the 4th and Monday the 5th of October were election days in Longyearbyen. For the upcoming four years the 15 members of the new City Council (Lokalstyre) were elected. The City Council is the supreme organ of the local government in Longyearbyen. 1651 electorates were entitled to vote, having the choice between four parties and their candidates. The counting of votes led to the following preliminary result:

For the Arbeiderpartiet this result is a setback. With 7 seats so far it was the strongest party in the present City Council providing the head of the local government in Longyearbyen, Christin Kristoffersen. Even in the recent survey from September the Arbeiderpartiet was clearly ahead with 56.5 % of the votes and 9 seats. Here the Høyre achieved only 21 % (3 seats), the Venstre 12.9 % (2 seats) and the green MDG 9.7 % (1 seat). However, 45 % of the respondents answered that they still were undecided, would not vote or didn´t want to answer. Kristoffersen had announced earlier that she would not candidate again for another period. This time Arild Olsen is top candidate of the Arbeiderpartiet.

The Høyre had 3 seats in the Council so far and was the 2nd strongest party after the Arbeiderpartiet. Now the Conservatives are seeing an opportunity to define the politics of the upcoming four years in Longyearbyen in a coalition with the Venstre and to install their top canditade Torgeir Prytz as head of the local government. Both parties already announced the intention to go into coalition negotiations. Together they would have a majority of 1 seat in the Council. Such a coalition might sound strange outside of Norway (Høyre means ‚right-wing‘ and Venstre ‚left-wing‘). But in the Norwegian political landscape these two parties are not too far away from each other (see above, Venstre is not a socialist or communist party as the name might suggest).

Venstre and the green MDG were not represented in the City Council before. Especially for the MDG the representation in the Council is a significant success. With 13.5 % of the votes and 2 seats in the Council the group in Longyearbyen would be the most successful group of the environmental party in whole Norway so far. The top candidate of the MDG Helga Bårdsdatter Kristiansen already promised an active opposition policy.

Longyearbyen is now getting a new city council (Lokalstyre). A lot is changing currently in the little city. 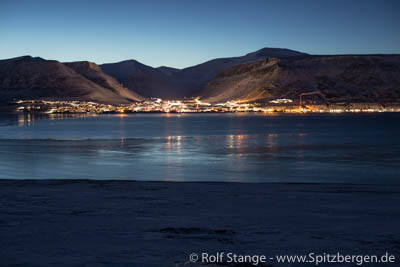