The low coal prices on the world market make life even more difficult than expected for the Norwegian mining company Store Norske Spitsbergen Kulkompani (SNSK). Already in spring, the Norwegian government, which is owning almost all shares, had to help the SNSK out of trouble with a loan. Due to the dramatic situation, the management has decided to take some drastic steps:

The maintainance mode in Sveagruva will require an annual budget of 95 million Norwegian Kroner, which will have to come from the owner (the goverment), according to the plans of the management. Negotiations with the government are started immediately.

Altogether, the number of jobs in Longyearbyen and Sveagruva will be decreased by 150. Together with those jobs already lost recently, the number of employees is downsized by 150 within 18 months.

Many people in Longyearbyen are worried now about the future. A lot of jobs in many companies still depend on mining, and the fear is there that a massive downscaling of the coal industry and related economy would have a major negative impact on the local economy and society. The political debate about the future economical structure of Longyearbyen has started. One of the measures to fight the economical problems is the envisaged increase of the harbour facilities. 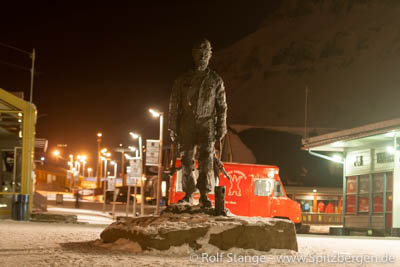