The Norwegian Polar Institute counted 1374 Svalbard reindeer in the Adventdalen around Longyearbyen this year. Many calves were observed and only a few dead reindeer found. This is a trend that has been observed for years: The reindeer population has been growing slightly in this region for years.

Well-fed Svalbard reindeer, an endemic subspecies of the reindeer 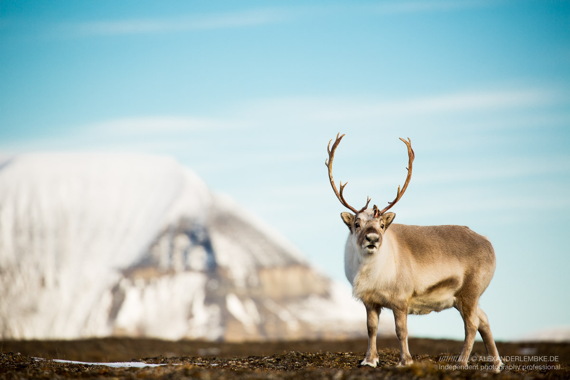 The reindeer have been counted since 1979 on Spitsbergen by the Norwegian Polar Institute and the Sysselmannen – the Governor of Spitsbergen. At that time only 457 reindeer were counted in Adventdalen. It is estimated that a total of 10.000 to 11.000 reindeer live on Spitsbergen.

Up to now, it has been assumed that reindeer suffer from the increasing rain. In winter, the rain forms a layer of ice on the ground and the reindeer have more difficulties approaching the lichens and grasses. Higher temperatures in the autumn seem to compensate for the deterioration in the living conditions for reindeer. Last year, high temperatures in October and November made it possible for the reindeer to build fat reserves so they could survive the cold winter.

The situation is a bit different for reindeer north of Spitsbergen: on the Brøggerhalvøya peninsula/ Kongsfjorden, the stock remains stable. Here, the fjords have remained free of ice in recent years, so that the Reindeer can hardly migrate to avoid bad feeding conditions.
Global warming could therefore have different effects in the different climate zones on Spitsbergen. 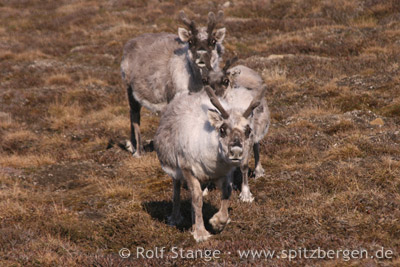 More articles about the Svalbard reindeer