If you have been to Longyearbyen since December 2013, then you have seen the huge, red letterbox just upon entering town, as you came from the airport. This was the Santa Claus Mailbox, and here you could post your letters to Santa Claus.

The letterbox was an idea from Po Lin Lee from Honkong, but she did not just send an idea and money from far away. She was and is in Longyearbyen and puts a lot of effort into hear postal project. But – the permission to have it standing there was only temporary. It ran out on December 2015, and then, the letterbox was to be removed again, or a new permission had to be obtained. 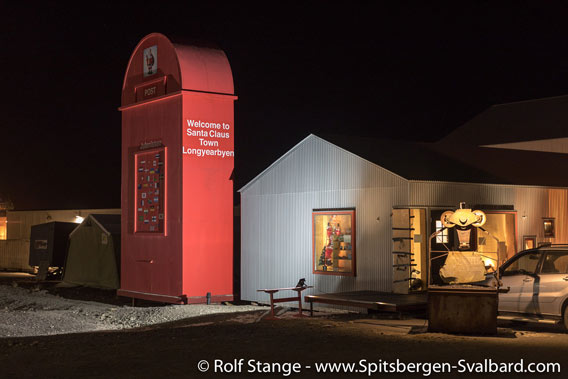 Neither of this happened, until Monday. What happened, was a fight that took a lot of time and energy. Letters, admonitions and warnings were written, bureaucrats and lawyers did what bureaucrats and lawyers do. Neighbours would have to be contacted to give their consent to a renewed permission for the letterbox to remain in place, but is is said that this never happened. Language difficulties seem to have played a role.

Then, the local administration (Longyearbyen Lokalstyre, LL) set a deadline: the letterbox was to disappear on Monday, November 20, 2017. The order to remove it had already been given by LL to a local construction firm. The invoice about the substantial amount of 129,000 NOK (about 13,300 Euro) was in the end to be paid by Po Lin Lee.

Who reacted by ordering a company from the mainland to take the letterbox down in a more carefuly way, so it could be re-built again later somewhere else. Before that happened, Po Lin Lee gave visitors a last chance to visit the letterbox, only to find out that the door had been firmly locked with big screws – without her, the owner, knowing about it. Also, there were traces of forecul break-in on the door, possibly from a local company who had already removed the electrical system on behalf of the local administration.

Meanwhile, the discussion in local social media group had gained some momentum. Some were happy that local democracy had won a victory and the letterbox was now about to disappear, while others expressed sadness. There are different opinions regarding the question if Longyearbyen should be presented to the global public as a Santa Claus Town. The local legend actually says that Santa Claus lives in Mine 7b, above Nybyen. During the Christmas period, there is light up there, and there is a letterbox (of more conventional dimensions) next to the road below it, where children can send their letters to Santa Claus as part of the local christmas happenings.

The big Santa Claus letterbox was now removed by a company on behalf of Po Lin Lee. According to her, there are several interested parties that might step in and take over the letterbox to put it up again elsewhere in Scandinavia. And Po Lin Lee has not given up hopes that she might actually be able again to put it up somewhere else in Longyearbyen.

Happy Christmas time to everybody! 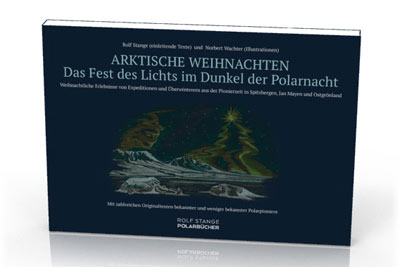