Home → * News and Stories → Arctic rubbish: it is not allowed to die or to be born in Longyearbyen. Or: you are required by law to carry a gun

Arctic rubbish: it is not allowed to die or to be born in Longyearbyen. Or: you are required by law to carry a gun

It is incredible how long-lived some rumours are. They are so persistent that they are not only often repeated by media anywhere in the world who do not do their homework, but – even worse – you can hear them locally, told as adventure stories by guides.

Still, they are rumours and the truth is different. You as a reader of this site know better or at least you will know better in a minute.

The first and maybe most often told rubbish is that it is not allowed to die in Longyearbyen. From a practical viewpoint, you may ask how to enforce such a rule or law. What happens if you actually die in Longyearbyen? Do you get a fine, or do they put you in jail? Seriously: such rumours often have a root somewhere in real history, and such is the case also here. For most of its history which goes back to 1906, Longyearbyen was nothing but a company town, completely owned by a mining company. There was no free housing market, but a company that provided accommodation to her employees. When your contract period was finished, you had to leave Longyearbyen (theoretically, you could stay elsewhere in Svalbard, as some trappers actually did!). For this simple reason, people did not die in Longyearbyen because of age (they often died from other causes, though). Even today, when you are seriously ill or you need intense care, you will be much better off on the mainland or somewhere else with advanced facilities, which do not exist in Longyearbyen. The hospital is small and not prepared to treat special cases, and there is no home for the elderly. So, if you need any of that, you fly to the mainland, for simple practical reasons. 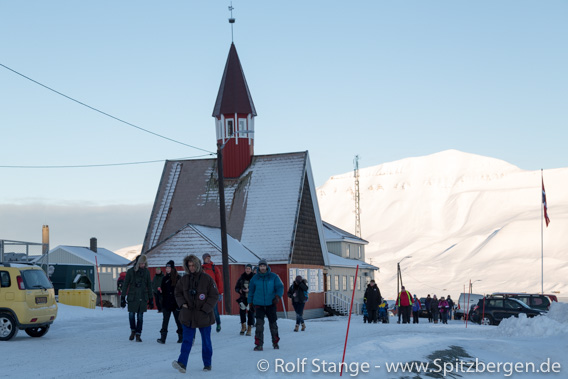 In case an inhabitant dies, there is often the wish to be buried in a home community in mainland Norway (or elsewhere). Only very few families are connected to Longyearbyen over generations. Most people have a stronger family connection elsewhere, so in case, they want to be buried elsewhere. If someone chooses to rest eternally on the cemetery in Longyearbyen, then this is absolutely possible. There is only one restriction: only urn burials are allowed, no coffins. The so far last burials in Longyearbyen have been in 2014, but there will be more in the future when the occasion calls for it.

This is the factual background of the rather silly rumour that it is “not allowed to die in Longyearbyen”. There is no law like that, and there has never been one. 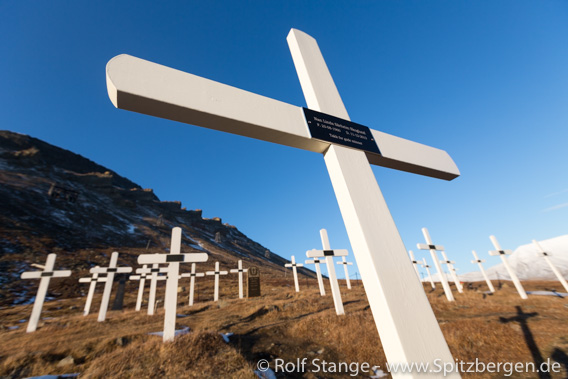 Why are people, even guides, telling such silly things? Maybe it is the attempt to make Longyearbyen even more exciting and exotic than it actually is. Quite unnecessary, as Longyearbyen is already quite exciting and exotic as it really is. Maybe it is too much effort to make some quick research, and maybe some people think that the facts don’t matter in times of fake news (and the “rule against dying” is really more fake than news anyway). This is not the case! Things should be told as they are. One who did that regarding the right to die in Longyearbyen was local priest Leif Magne Helgesen, a while ago in a letter-to-the-editor in Svalbardposten.

While we are at it, let’s have a quick look at the other, more pleasant end of the life cycle, namely birth. When it is said that it is not allowed to die in Longyearbyen, it is also often said that it is not allowed to be born there either. That is rubbish just as well.It is only because of the above-mentioned practical reasons that pregnant women will take a flight to the mainland a few weeks before they are expected to give birth. In case of difficulties, it will be much safer to be in the university hospital in Tromsø or elsewhere in or near bigger, more advanced medical facilities, just in case. There is no law or rule of any kind against being born in Longyearbyen.

Another subject, similar level of bullshit: it is often said that people are required by law to carry a gun in Spitsbergen. Has anyone ever seen such a law? No! Because there has never been such a law. It is self-evident that your chances of survival in the worst case of meeting a really angry polar bear will be much better in case you have a suitable weapon when you are in the field in polar bear country, so it is indeed very common to carry a gun. But this is simply not required by any law! The only thing that you are legally obliged to have is some kind of deterrent, usually a signal pistol with special ammunition. If you apply for a tour permit, which you need for remote areas (outside the so-called administration area 10), then the Sysselmannen will also require that you carry a weapon for polar bear protection, but based on safety considerations and not on law. If you decide to walk outside Longyearbyen without a gun, then you may be a bit suicidal, but you don’t do anything illegal. Again: there is no law that requires anyone to carry a rifle in Svalbard! 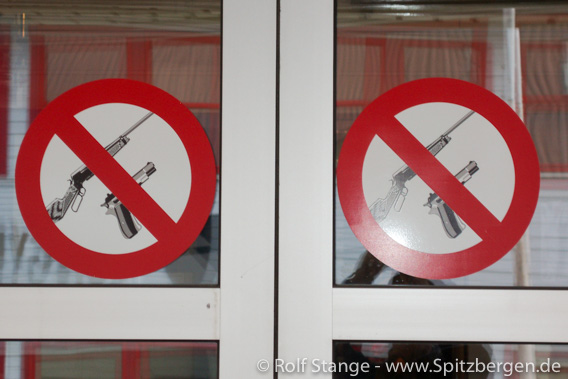 It is not forbidden to die in Longyearbyen and there is no law asking you to carry a rifle in Svalbard. Not having anything to protect you against polar bears might, however, be a life-threatening mistake.

So, now we have clearified a good bit of arctic rubbish. See you soon!