From Krossfjorden up to Magdalenefjord – 03 August 2018

Now it was time for a good hike, so we took off for a couple of hours in Krossfjorden, having at look at the remains of a German weather station from the dark years of the Second World War and then hiking up to some hills and ridges which provided some great views over the wide coastal plain that stretches from here to the west coast, called Diesetsletta. 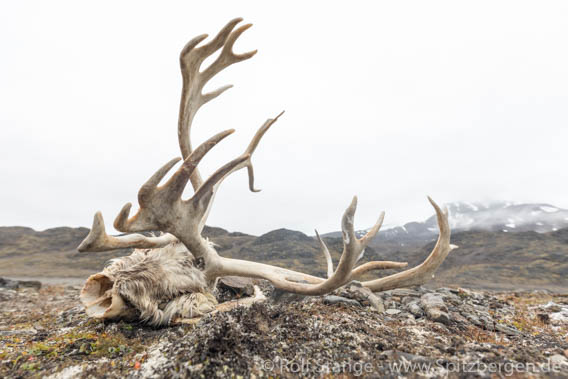 And who would have thought that we were able to explore this coastal plain from the other side just a few hours later? The coast of Diesetsletta is very exposed and it is definitely not on the list of commonly used landing sites, but today it was so calm that we just had to use the opportunity! A beautiful rocky coast with some small, hidden beaches, a wide-open tundra land with lakes and rivers and mountains with interesting colours and structures further inland. 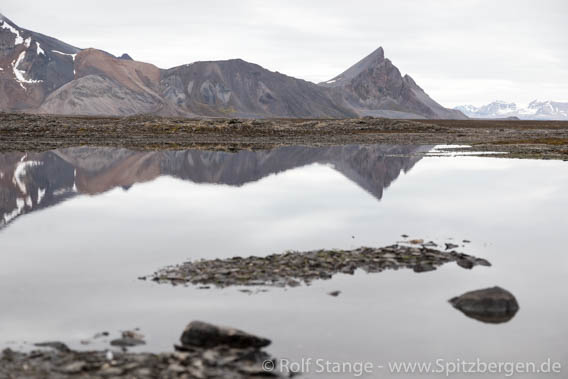 After a couple of calm hours the anchor went to the bottom in beautiful surroundings in Magdalenefjord, where Pål took care of today’s catch of fish. 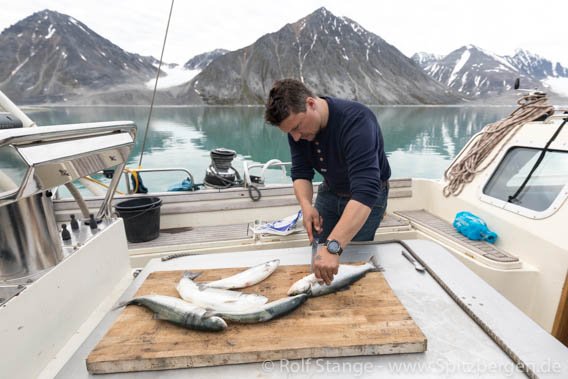