A Norwegian court has delivered a judgement in the case of a man who disturbed polar bears in Billefjorden earlier this year by driving on the fjord ice by car.

The 58 year old Ukrainian citizen was living and working in Pyramiden. He went out on the fjord ice by car to pick up two colleagues who had been on tour. Instead of going directly back to Pyramiden, they decided to take a turn into neighbouring Petuniabukta to check the condition of a hut. According to the driver, he was not aware of the presence of two polar bears who were mating at the time in question. He saw the bears at a distance of 50 metres and stopped immediately. The polar bears abandoned their mating. 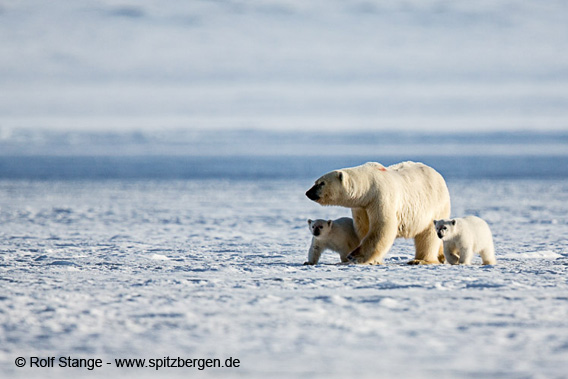 The Ukrainian driver did not have a driver’s license, this had been withdrawn by Norwegian authorities earlier this year because of other traffic offences. According to the Sysselmannen, this contributed to the current court judgement, together with the fact that it is generally not allowed to drive a car on fjord ice (or anywhere else other than on roads) in Spitsbergen. Disturbing of the polar bears alone would not have been sufficient for a prison sentence.

The man was sentenced to 30 days of prison without probation.