Posted on 10. February 2019 by Kristina Hochauf-Stange

Bacterial resistance genes that have been found in soil samples in Kongsfjord have recently received considerable media attention. These genes are responsible for multidrug resistance among bacteria. Media and people are asking how such genes could make it into the seemingly untouched nature of the Arctic. Some media see reason for comparison of the recent findings with doomsday scenarios including wars and climate change.

Without any question, the uncontrolled use of antibiotics in many countries and the increasing occurrence of multiresistent bacteria are a very serious problem. 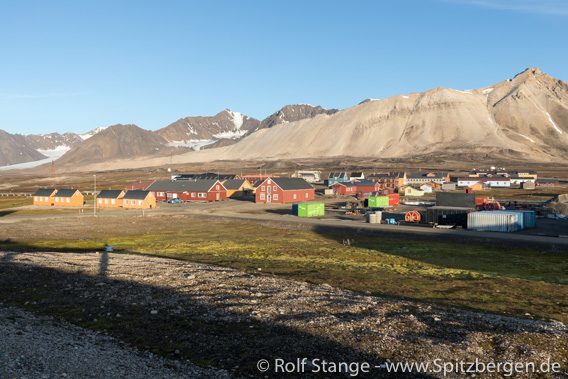 Genes that make bacteria resistent against antibiotics have been found in soil samples taken near Ny-Ålesund in Kongsfjord.

The news about the findings have surprised many, but for scientists, they are not as unexpected as many may believe. This is at least the case with samples that were taken near settlements. The samples in question were taken near Ny-Ålesund in Kongsfjord.

The nature of Spitsbergen is not as untouched as it is often described as, at least not in places like Kongsjord. The settlement of Ny-Ålesund was founded 1916 as a coal mining place as all of today’s settlements in Spitsbergen. Ny-Ålesund became famous in the 1920s when several north pole exepditions were launched there. After mining was abandoned in 1963, Ny-Ålesund developed into an international research village. Today, scientists from many countries come here every years to do fieldwork on all kinds of polar research. Many ships visit the harbour of Ny-Ålesund, including research and supply vessels and cruise ships (smaller ones, crude oil is not allowed in these waters anymore). Kongsfjord is under influence of the Gulf Stream.

According to the original publication Understanding drivers of antibiotic resistance genes in High Arctic soil ecosystems (McCann, C.M., Environment International), all 8 samples were taken close to Ny-Ålesund. The resistence gene NDM-1 (New Dehli Metallo-β-laktamase) was for the first time isolated in 2008 from medical samples from a patient who had previously been treated in a hospital in India. Bacteria harbouring this enzyme are resistent against several groups of antibiotics including one group which is considered last-resort antibiotics. 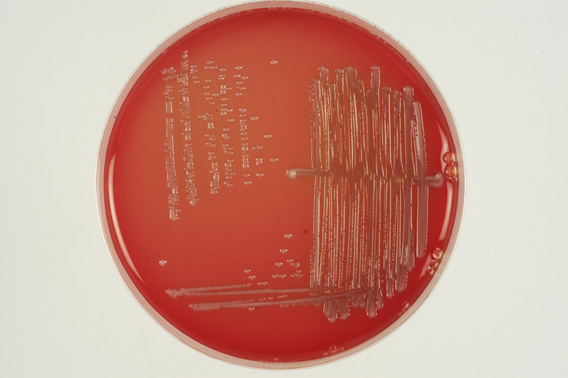 Klebsiella-pneumoniae (bowel colonising).
NDM-1 was found in this species in 2008.

Further investigations showed that bacteria with this resistence gene are widespread especially on the Indian sub-continent, but they have also been found in countries such as Japan, China, Australia and Canada as well as European countries including the UK, Belgium, France, Austria, Germany, Norway and Sweden. Humans can be colonised by such bacteria in their body, usually in the intestines, without necessarily being sick.

Hence, it is not hard to imagine that bacteria are spread over large distances and into remote parts of the Earth, wherever people settle and travel in numbers. Transportation mechanisms are manifold. Bacteria that travel in human intestines can easily enter the environment via sewage water systems. Animals are bacterial carriers, something that is well-described in connection with migrating birds. These acquire bacteria for example in the wintering areas and transport them to the breeding areas. Kongsfjord is an important breeding area for several migrating bird species such as geese that winter in northern central Europe.

The authors of the original publication (see above) conclude rightly that the findings of the resistence gene NDM-1 in Kongsfjord does not pose any threat on the health for people in the area. But it shows that resistent bacteria that may have originated in connection with uncontrolled use of antibiotics in any one of many countries in the world may spread quickly around the globe. This in itself is not much of a surprise. No matter how sad the distribution of resistence genes into remote (but not untouched) corners of the globe as Spitsbergen is and how dramatic the consequences of infections with such pathogens can be for patients – evidence for the existence of such genes in soil samples taken close to a settlement in the Arctic does not increase any of these problems, but shows that they do not respect boundaries or distances. The dramatic headlines of many recent media supports and comparison to apocalyptic scenarions such as wars do not do the complexity of the problem any justice.

It would be interesting to make a study with samples from areas that are indeed mostly untouched by humans, such as remote and rarely visited parts of Nordaustland.