… is not really what you expect in Spitsbergen in February.

But it is also not really a good description of what we currently have in Longyearbyen.

Theoretically, we should have had the first sunrise on Saturday (16 February). This does not mean that you can see the sun from Longyearbyen. You would have to climb one of the higher mountains such as Trollsteinen, something that is actually quite popular on that very day.

But it was cloudy, so a tour somewhere in the nearby valleys was a good thing. 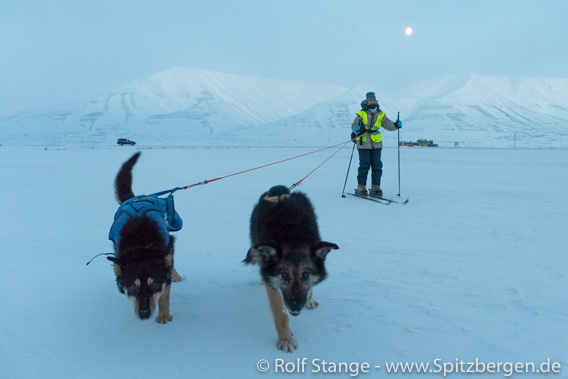 Moonlight tour with dogs in Adventdalen.

So today we could see the sun again – at least indirectly. It won’t be before 08 March that you can see the sun directly in Longyearbyen again, something that will be celebrated duly. But the mountains are now getting beautiful crowns of pink-orange glowing light now for a while around mid-day. 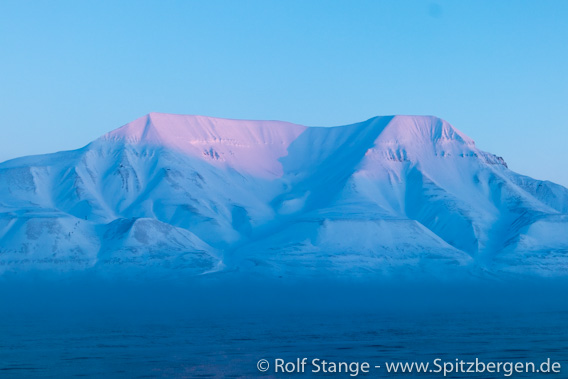 The sun remained above the horizon for quite some time, casting her beautiful light over the mountain tops for the first time in months, while the moon is climbing over the peaks.

Yes, and we do have 20 degrees (centigrade) and even more. Below zero, of course! 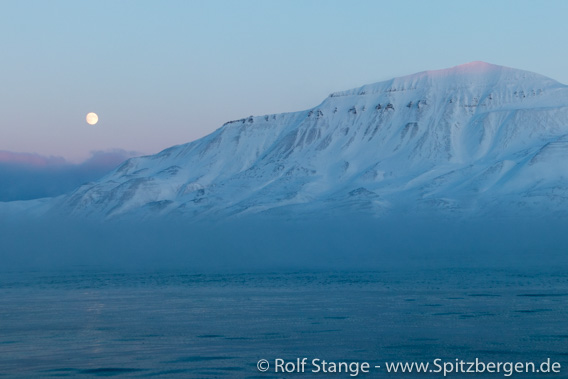 The moon next to Adventtoppen.