February can be a beautiful month in Spitsbergen. Especially if it is nice and cold and not as battered by climate change as last year, when warm air incursions brought several periods of thawing and rain. This year, we have had good frost for most of the time in February. Cold, clear weather and not too much wind. The sun is still largely behind the horizon and hidden by mountains, but the mountain tops started glowing a good week ago and we have had the first rays of sunshine on our frozen noses! You still have to do a little trip to enjoy that pleasure, the sun won’t reach Longyearbyen before 08 March. 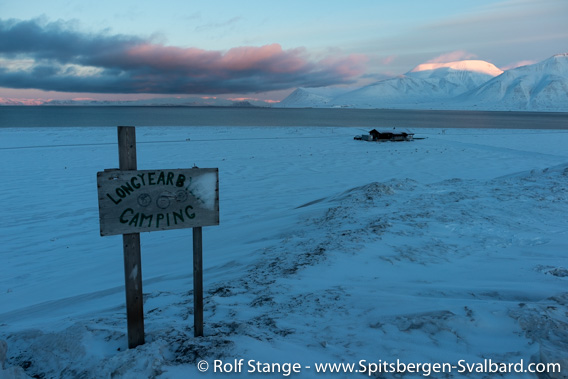 The average temperature in February was -11.1°C, “only” 5.1 degrees above the long-term average which is defined as the average from 1961-1990. Five degrees above a “normal” temperature that is impossible to reach now! That is still a lot. Nevertheless, a monthly average of -11.1°C involves a lot of fine frost. Even the fjord, Adventfjord, seems to consider freezing over again, just for a change. This has not happened in many years. It is unlikely to happen this year either, but there is at least some initial ice formation in protected in-shore corners. 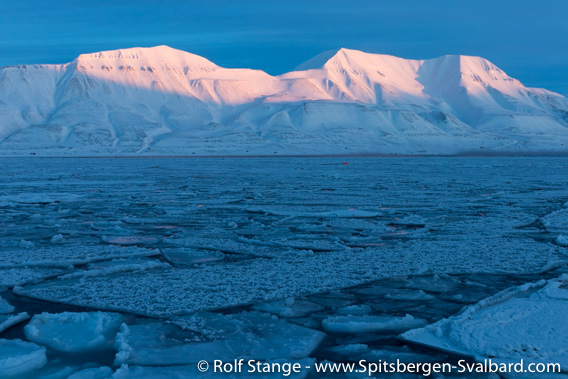 You still have to make sure you get out around mid-day to catch some direct sunrays. An afternoon trip does not bring anything but twilight. Which can of course also be beautiful, but if you want the see the sun, then this is not the real thing. 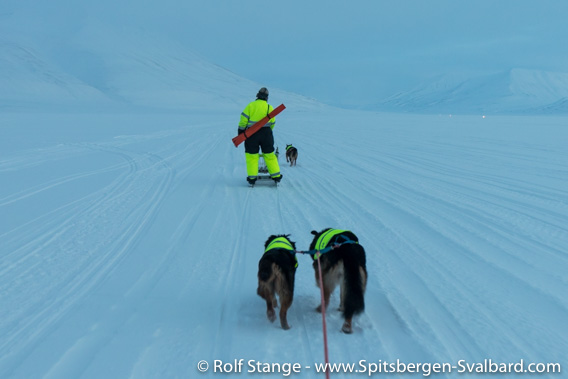 Out with ski and dogs: “rope skiing” (snørekjøring) in Adventdalen.

Hiorthfjellet, the characteristic mountain opposite of Longyearbyen, is a very popular place these days. Half-way up the slope, there is a hut with some large antennas, which is locally known as Telelinken. Perfectly placed on a slope facing south with a fantastic view over Adventfjord and a good place to catch some first sunrays! 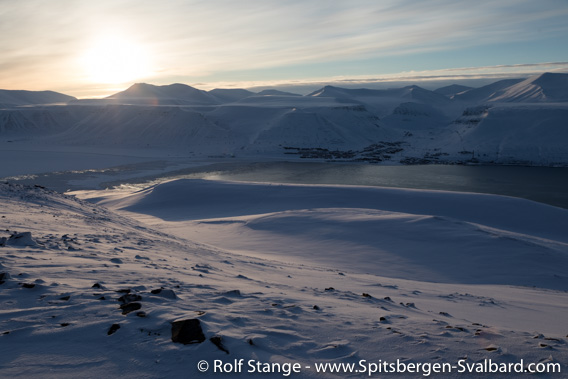 The air temperature is minus 20 degrees centigrade, but we enjoy the first direct sunrays on those few square centimetres of exposed skin that we have had for some time … 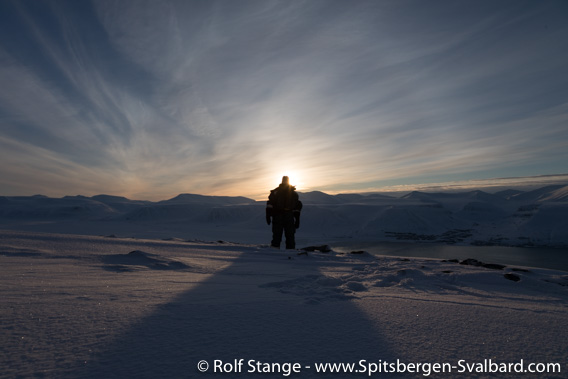 … and the amazing light that the low sun brings back to this cold island. 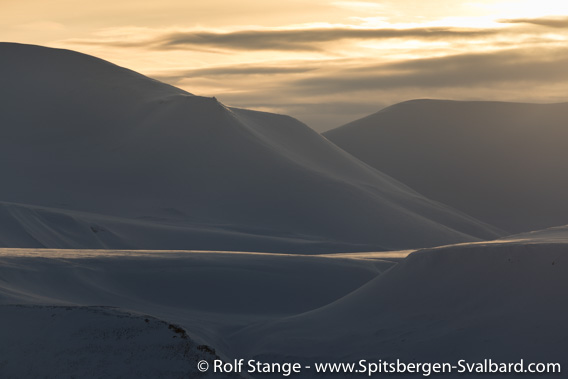 Sunny views of some mountain tops in Nordenskiöld Land.

There is not yet much wildlife beyond those species that spend the winter here, arctic fox and reindeer. Recently, still in dark time, there was a common eider near the shore in Longyearbyen. That one has probably spent the winter in Adventfjord, something that is not common but not unheard of either. A kittywake has been seen some days ago. 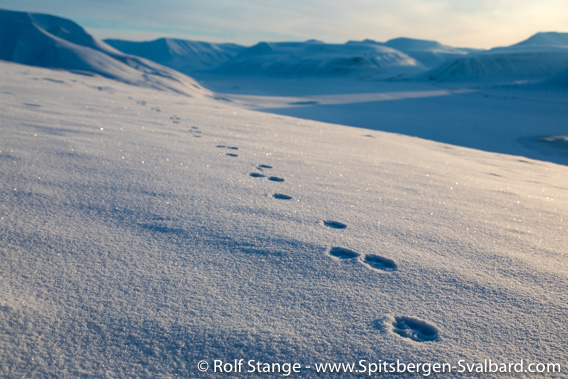 Tracks of an arctic fox on Hiorthfjellet.