Today (Saturday, 27 April) at 9 a.m., the starting shot for the Svalbard Skimarathon 2019 was fired by Sysselmann Kjerstin Askholt. 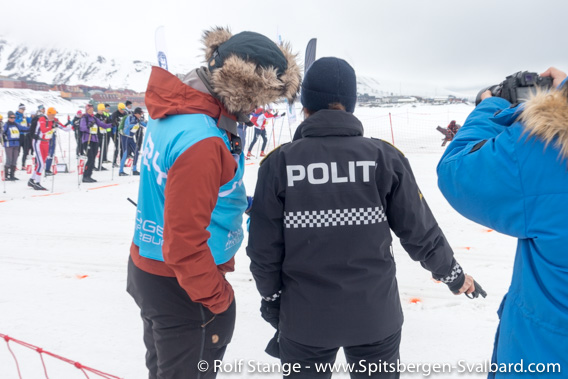 The moment when the 2019 competition was a fact must have come as a bit of a relief for the organisers. The strong thawing during the week before Easter took a heavy toll on the snow conditions, and the route had to be moved on a short warning. Today’s Skimarathon takes the participants across Adventdalen and a short turn into Mälardalen, then along the coast of Adventfjord to Hiorthhamn and Advent City and finally into Hanaskogdalen and then back again. 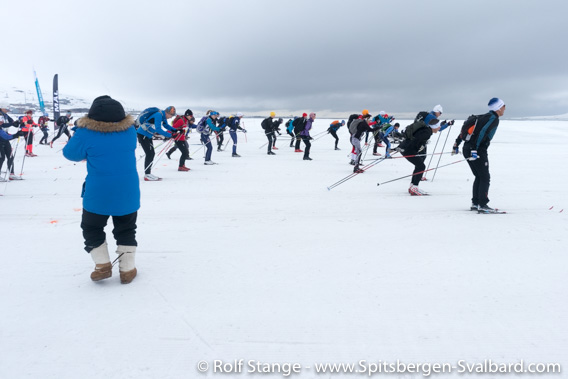 Start of the Svalbard Skimarathon 2019.

In addition comes the strike of the SAS pilots. Many had hoped that Longyearbyen would be excluded from the strike as there are no alternative means of getting here and away regularly available other than flying. Buses and trains are obviously not an option, in contrast to many cities in mainland Scandinavia. But the SAS flight Friday afternoon was cancelled and more cancellations are likely to follow.

How many registered participants were unable to fly to Longyearbyen is not known, but it is likely to be more than just a handfull. And a few days ago, the number of participants was already a bit lower than in 2018: about 800 in contrast to about 700. These figures are not final, as participants could register up to Friday evening, something that some locals always do, depending on their motivation status of the day and the weather forecast. 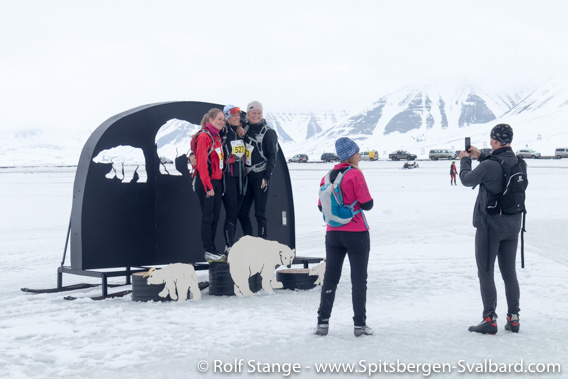 Today’s Svalbard Skimarathon is the 27th one. It is one of the largest regular events in the calendar for Longyearbyen, attracting international participants from many countries.

A great day with much fun to all participants and all others involved!