Spitsbergen’s first bank robbery took place in Longyearbyen on 21 December 2018. The offender was a 29 years old Russian citizen who had come to Longyearbyen a few days before. He threatened the bank employees with a rifle and forced them to hand out 70,000 Norwegian kroner (ca. 7,000 Euro) with the words “This is not a joke. This is a robbery”.

The man was soon arrested by the police and taken into pre-trial custody in Tromsø. Now the court, Nord-Troms tingrett, sentenced him to 14 months prison, as NRK reported. In addition, he has to pay NOK 20,000.00 to each of the 3 bank employees whom he had threatened during the robbery. 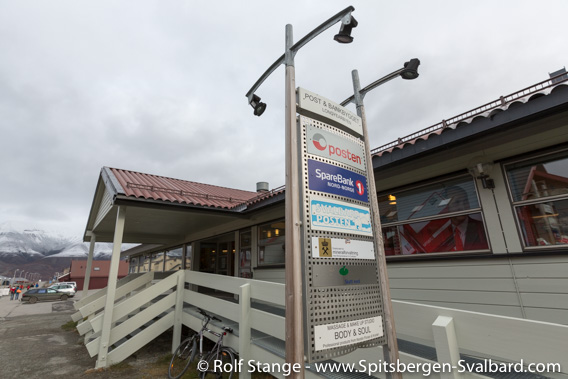 Serious psychological problems are said to have played an important role. The man said that he had initially planned to commit suicide in Longyearbyen, but then decided to raid the bank in order to be arrested. It is also mentioned that he wanted to avoid having to return back to Russia.

The rifle that he had used during the bank robbery was loaded with sharp ammunition and the offender pointed it towards the bank employees. It was a bolt-action Mauser rifle, a very common type of rental weapon in Longyearbyen. After the robbery, the man went back to the rental shop with the rifle still loaded and returned the weapon. Then he went back to the bank to return the money, but did not succeed. Instead, he was soon arrested by the police. He did not offer reistance.

The sentence is below the claim of the public prosecuter, but higher than the defence lawyer had pleaded for. Revision is still possible.