Two persons died during a mountain hike in Hornsund. They were a woman and a man who belonged to the crew of the Polish research station in Hornsund. They had set out for a private tour on Friday but did not return until the agreed time on Sunday morning, so the remaining station crew started a search. 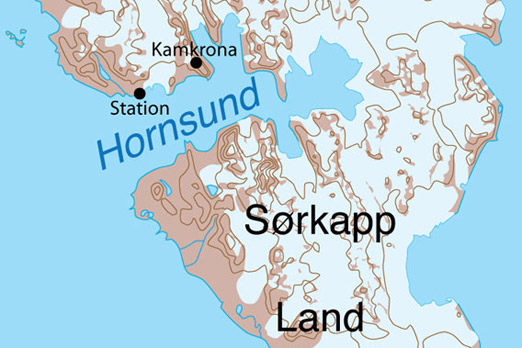 They had ascended the mountain Kamkrona, which is part of Sofiekammen, a long, steep ridge on the west side of Burgerbukta. Kamkrona is about 8 km east of the research station and 770 metres high, the east side of the mountain is very steep. 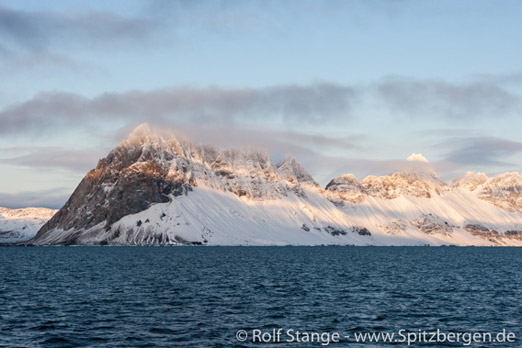 The mountain ridge Sofiekammen on the west side of Burgerbukta in Hornsund. Kamkrona is a peak approximately in the middle.

According to a press release by the Sysselmannen the two victims died during a fall of several hundred metres in an avalanche. No further details are public so far. The victims were recovered by SAR forces of the Sysselmannen and brought to Longyearbyen.

Update: According to Svalbardposten, Sysselmannen police officer Anders Haugerud told the Norwegian news agency NTB that the two appear to have stepped out on an overhanging snow bank on the mountain top. This was later confirmed.

As the families are informed, the names of the two deceased have been officially released. They were Anna Górska and Michal Sawicki. Both had been working at the station, Anna as meteorologist and Michal as geophysicist.