The polar night has settled down on Spitsbergen and the various lockdowns and travel restrictions related to Corona anyway. The world’s attention is focussed on events elsewhere rather than the Arctic, where life is going on with minor excitements from the departments “business as usual + everyday madness”.

The Spitsbergen-news overview as of late October/early November:

The previous week began with spectacular fireworks of northern lights over Spitsbergen as well as other places in the aurora oval as much as they had a free sky in the appropriate moments. Many amazing photos came from Longyearbyen in those days. 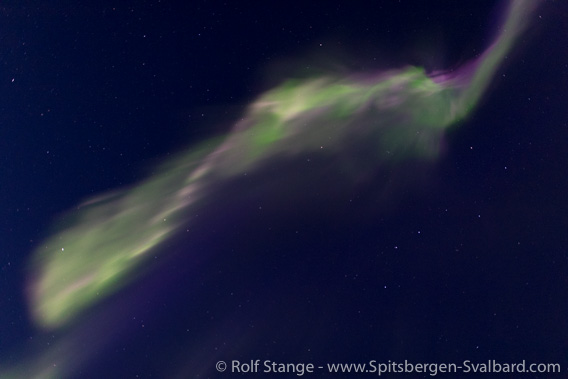 Northern light over Adventdalen near Longyearbyen.

Mine 7, which was partly flooded with meltwater during the record-warm days in July, is still not in productive operation again. We have been hearing for a while that routine work will start soon again, but this has not yet happened as of the time of writing (Monday, 02 November). Currently, the mining company Store Norske expects production to start up again this week. Coal from mine 7 is used in the local power plant and it is shipped to customers mainly in Germany, who have placed orders again after a stop during the Corona lockdown in spring.

Galleri Svalbard, so far located in Nybyen, has announced to move to central Longyearbyen. Nybyen, an upper part of Longyearbyen which is suffering from a risk of snow avalanches and rockfalls, will then lose a main tourist attraction.

With SvalBad, there is a new sauna in the port of Longyearbyen. It is heated with wood and offers the opportunity for a very efficient cool-down in the fjord 🙂

The Association of Arctic Expedition Cruise Operators (AECO) has announced industry-wide standards for guides, thus taking up a development that has been ongoing for years. 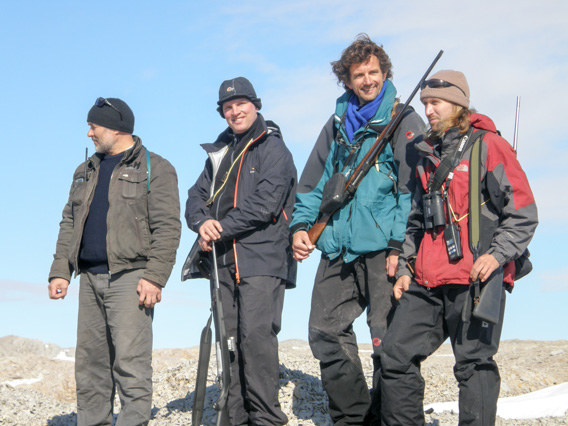 For many years, we have been taking care of good teams ourselves.
Due to the growth of tourism also in the polar areas, however, it is without any doubt a good thing to establish industry-wide standards.
This is a photo from times long gone by – a great team, without any question! From left to right: Captain Alexander Pruss, a young Rolf Stange (that’s me), Peter Balwin and Matthias Kopp, during a Spitsbergen-voyage on board Professor Multanovskiy in 2009.
Those were the days 🙂
My apologies for getting lost in nostalgia for a brief moment.
Photo © Bärbel Erwert, who was our ship doctor.