Almost two weeks ago a team of the Sysselmannen started extinguishing a subterranean fire in Colesbukta caused by a camp fire. The fire was ignited at the foundation of a historical building which is protected as a listed monument. In Colesbukta several buildings from the time between 1913 and 1962 are preserved. They served as a harbor where coal from the nearby Russian mining settlement Grumantbyen was loaded. Both settlements are cultural heritages.

On Tuesday 13th of August the Sysselmannen was informed by tourists about the fire in Colesbukta and a team was sent by helicopter. The original camp fire was already extinguished but it had initiated a smoldering fire under the ground which was about to spread. First the Sysselmannen´s team prevented the fire from spreading by digging a trench and the cultural heritage could be saved.

As now, almost two weeks later on Tuesday 25th of August the Sysselmannen and the fire department examined the place again, they noticed that the fire was still smoldering. The fire fighters tried to extinguish it with foam and now they think about using a several meters long hose for pumping water from the coast to the fire area.

As it is prohibited in Svalbard to make a fire close to cultural heritages, the Sysselmannen is investigating in this case. So far it is not known who made the camp fire. The Sysselmannen asks for information, preferably from the responsible persons themselves. 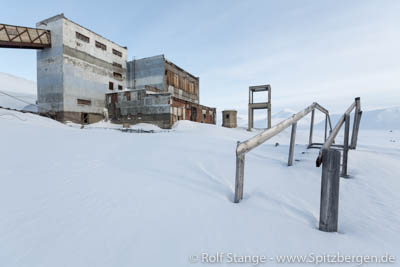