From Reykjavik to Scoresbysund

It could have been a lovely calm night of desperately needed good sleep if that film team had not picked the little street just outside my guesthouse room to start filming at 5 a.m. I hope it will be a successful film, at least.

At 8 a.m., our small group of Greenland explorers met at the little domestic airport. Crossing the Denmark Strait in 27000 feet altitude is much faster and more comfortable than riding the waves for days. 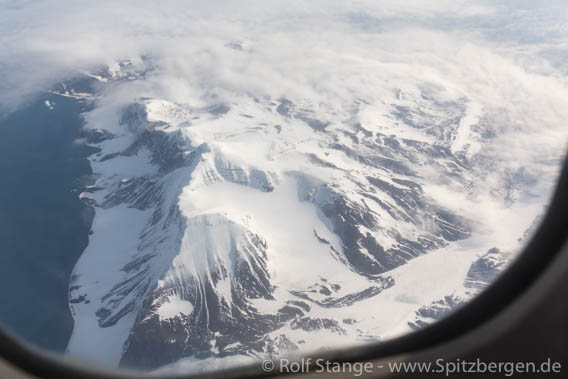 The first part of Greenland that we saw was the Blosseville Kyst around Rømer Ø, south of Scoresbysund. 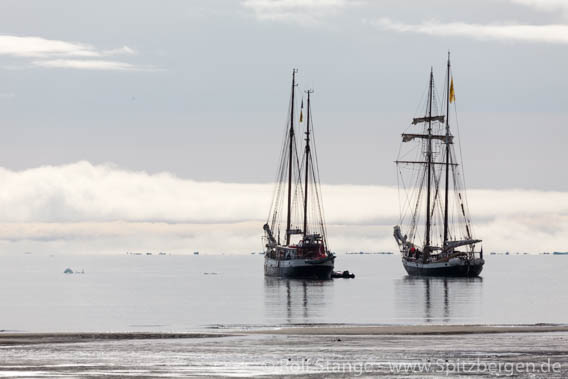 In Hurry Inlet, Ópal was waiting for us next to her sister vessel Donna Wood, a new member of the North Sailing fleet.

The first icebergs never fail to attract attention, and so do the mountains south of Scoresbysund. This wild coast is called Volquart Boons Kyst, a very inhospitable shore, with rugged mountains rising steeply more than 1000 metres high from the fjord, separated by some crevassed glaciers. A view as forbidding as attractive. 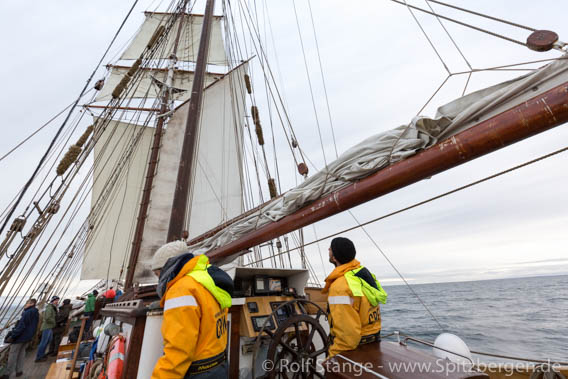 We want to get to the inner branches of the fjord, so we spend the afternoon sailing until we reach Vikingebugten. The anchor goes to the bottom and we go to bed.