The night has brought a fresh, white cover of snow to the ship and to the land. But it is thawing already, getting grey and wet, and it will not last for long.

The crew has to fight some neargoing ice floes off with long poles during the night. 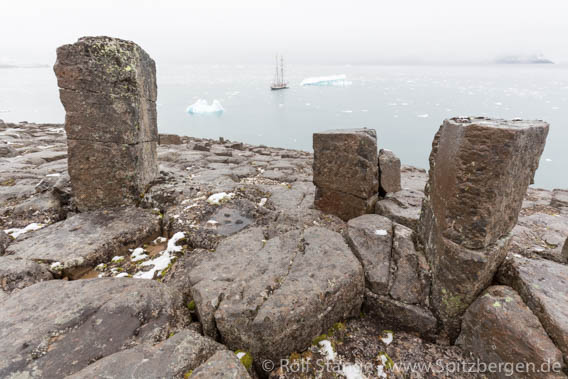 The whole country south of Scoresbysund consists of basalt. The blood of the Earth, shed when a crack started to split a huge continent from south to north. The crack kept growing and today we know it as the Atlantic ocean. The Earth’s blood that was spilled during early stages of that process, that is the basalt. A huge basalt plateau that later broke into two parts. The Færøer Islands are part of the eastern bit. 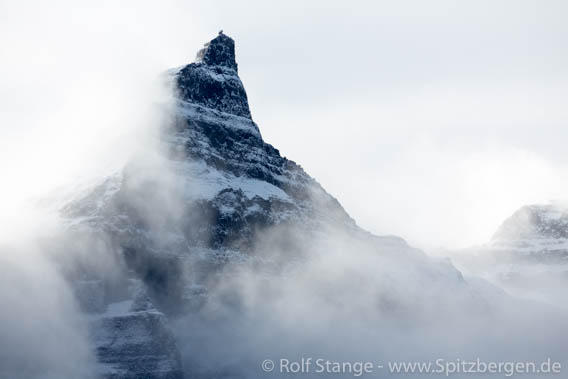 East Greenland south of Scoresbysund is the western bit. This is why we find so many of nature’s architectural masterpieces, the basalt columns, in this area, in all shapes and sizes. The snow makes the structures very appearent in many places. 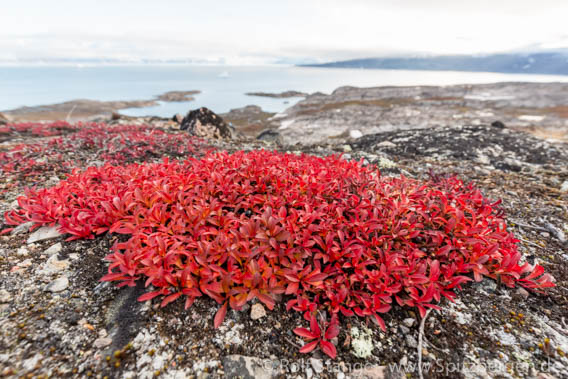 It is clearing up in the afternoon. The rocky hills of Danmark Ø invite for some good hiking. Colourful rocks provide insight in billions of years of Earth history next to amazing views over a very fine bit of Greenland.