The shared glacier front of Monacobreen and Seligerbreen does not exist anymore. It has retreated so much that the mountain Stortingspresidenten reaches the shore and separates the formerly shared glacier front into two separate ones. Which does not make the whole scenery less impressive. High ice walls, thundering calvings, countless icebergs with shapes and colours no human being could invent. Young kittiwakes confuse novice birdwatchers. Meanwhile, the glacier hikers are playing in the crevasse fields of Monacobreen. 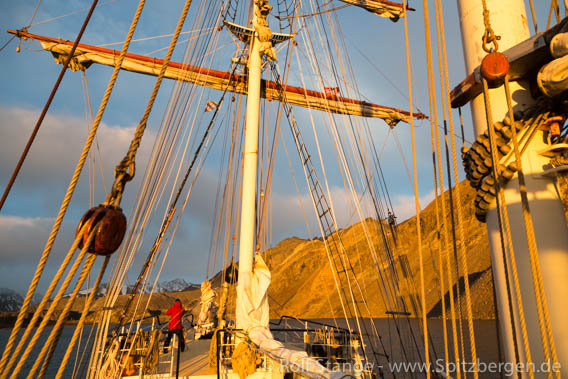 A polar bear in Lernerøyane makes a promising appearance just to disappear behind a rocky ridge as we get closer. So now we are calmly sailing – yes, under sail – up Woodfjord in beautiful evening light. 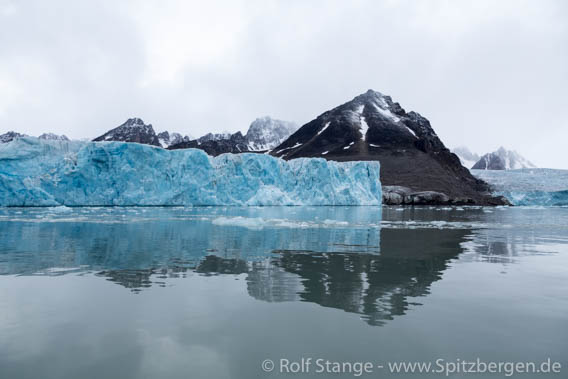 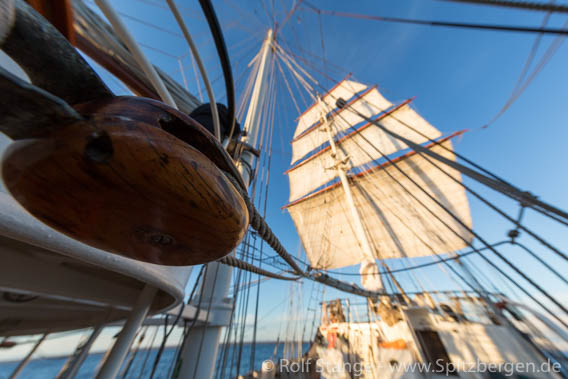 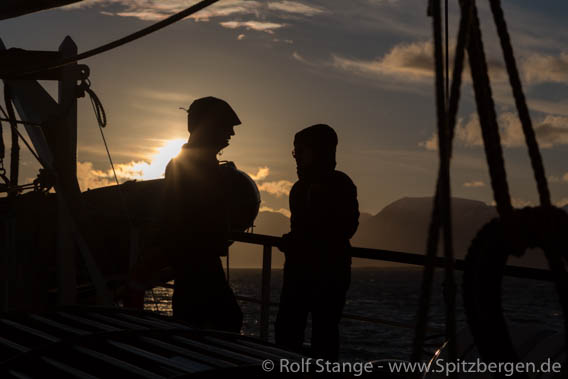