The long trip from Woodfjord to Krossfjord went quicker and smoother than expected, we were mentally prepared for some wind and sea, which did not happen, but who would mind? Although, the weather did change. The clouds were low above Lilliehöökbreen, with some fresh snow on the surrounding mountains. A completely different atmosphere. 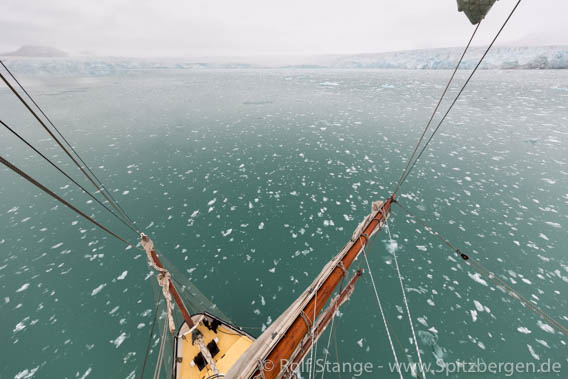 There was also fresh snow on the carpet of lichens and mosses in Signehamna. A reindeer skull with big antlers was lying on the tundra, the former owner probably now spread over a wide area. The remains of the war weather stations Knospe and Nussbaum almost in twilight under fog-like clouds and light snowfall, which is quite appropriate, considering this dark chapter of the regional history, and quite aesthetical at the same time. 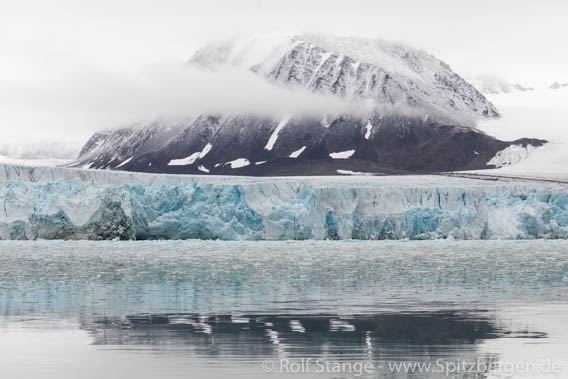 Also the many bergy bits in Fjortende Julibukta have their aesthetical value. We are curious what tomorrow will bring. According to the weather forecast, it might be a cosy day on the ship. 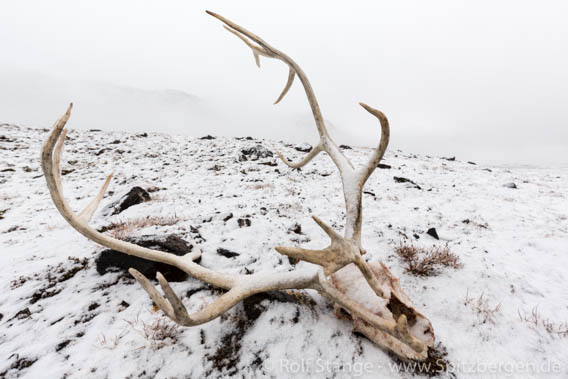