Yesterday’s evacuation of Longyearbyen’s upper area Nybyen is lifted. Also the road between the school and Nybyen is open again.

Sysselmannen and other authorities (NVE) have investigated the snow on the slopes above Nybyen and other parts of Longyearbyen which are potentially exposed to avalanches. It is currently officially considered that there is no risk of major avalanches that might hit buildings.

There are no reports about major damage from last night’s storm including avalanches. A post box was blown away and a dog was covered by snow in the dogyard, but it was found and dug out in good condition.

The Sysselmannen reminds everybody that the avalanche risk for Longyearbyens surroundings is still considered high and to be accordingly careful with any outside activities.

Longyearbyen’s upper area Nybyen: the recent evacuation because of avalanche risk is lifted. 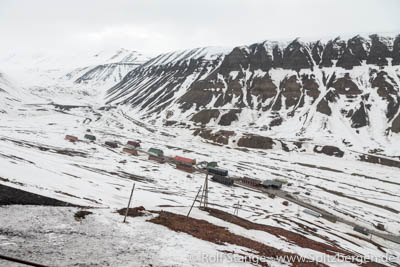