On April 27, a guided group broke through the ice in Tempelfjord (see spitsbergen-svalbard.com news from April). Four persons spent up to 48 minutes in ice cold water until they were rescued by SAR forces with helicopters. Most victims could soon be released from treatment. One guide, however, was was kept in intensive care in the University Hospital Nordnorge in Tromsø (UNN).

The hospital informed the public today that the man died during the night from Sunday to Monday.

He was a Russian citizen, between 30 and 40 years old.

As far as is known, he was the first guide who died due to an accident that happened during a tour with guests in Svalbard.

The accident is still investigated by Norwegian authorities. So far, no further details have been released beyond those described in the article in April. 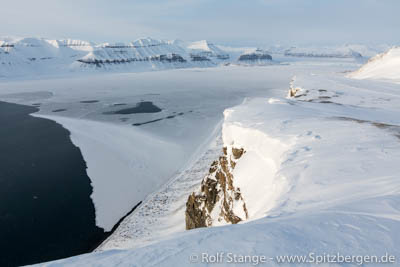