This is shown by satellite images, that the American Geophysical Union has published. Between 1990 and 2016 the glacier has retreated seven kilometers. 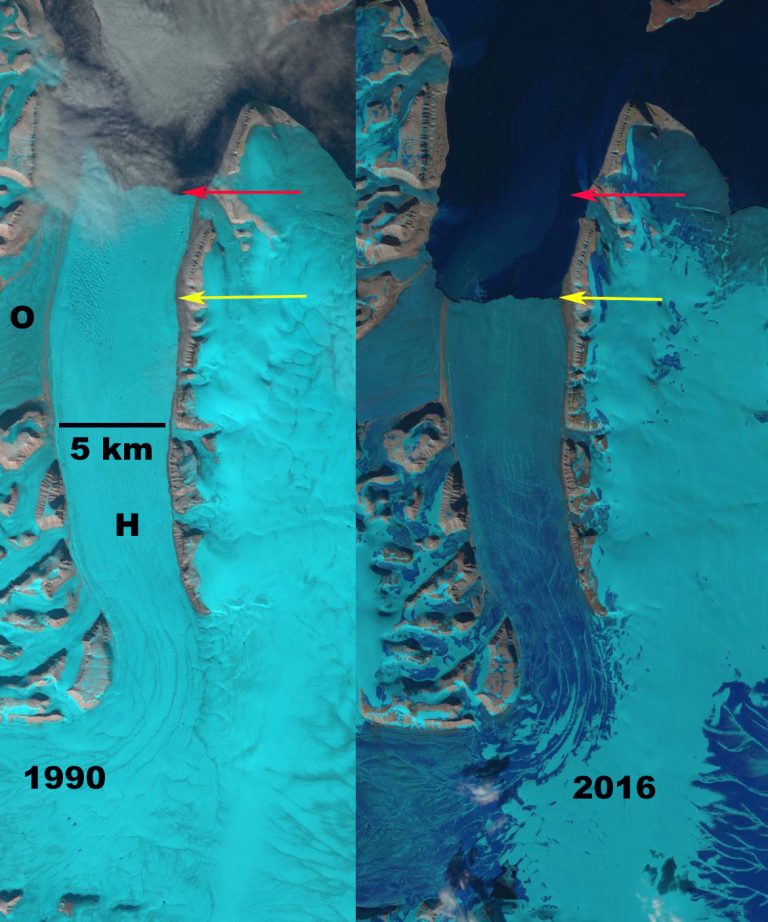 The Hinlopen glacier in the north-east of Spitsbergen is a so-called surge-glacier. That means, that longer periods with normal flow speed alternate with shorter periods, in which the glacier flows 10 to 1.000 times faster. The last surge happened from 1970-1971, when the glacier pushed 2.5 km into the fjord in one year. It moved up to 12 meters a day then.

The decrease in ice, that has now been observed, has probably nothing to do with these normal fluctuations which are connected to the glacier’s internal mechanics. If a surge-glacier retreats, the ice usually accumulates in the accumulation area: it is thickening. At the Hinlopen glacier it was observed, that the ice on the upper glacier is also thinning. This suggests that it is not the early stage of a surge process, but climate change that is responsible for the retreat of the Hinlopen glacier.