I have to start with a confession: I forgot the main excitement in Longyearbyen in April: the town was running out of toilet paper! People in arctic Longyearbyen seem to a surprisingly large degree be willing to accept climate change, they keep cool when the Russian military supposedly exercises attacks on their home, who cares, some loss is part of the game. But no toilet paper anymore? That’s serious business!

The excitement about the supposed flooding of the seed vault / “doomsday vault” falls into a similar category. Indeed, in October 2016, during a period with a lot of rain, there was some water coming into the entrance area of the vault. That should not have happened and those who were concerned with it were not happy and some money was to be spent to get things right, but what had actually happened was far from being any real drama. But that came more than half a year later in international media. Someone happened to pick up that marginalium, spiced it with some drama, tolerantly overlooked that it had all happened more than half a year ago and blew it out into the world, where it was picked up by surprisingly many media, including some serious ones. Nobody came on the idea to check what had really happened, there was a lot of recycling of copied information and that is usually not a good idea. Checking the seed vault’s website would have been enough, but that was obviously too much to ask for. Well, I am happy that this website did not follow the hype.

Regarding my own polar perspective, Jan Mayen was the main event in June. For the fourth time, I went to that volcanic island in the north, 3 days of sailing from Iceland, on a small boat across a big sea. Jan Mayen is an extremely fascinating place. The more time you spend there, the more you realize how much there is to see. As usual, we made a lot of kilometres during our various hikes. Next to many other impressions, the lava caves on Beerenberg were the main thing for me this time. While a group of mountaineers climbed up to the peak of Beerenberg (where I had been in 2015), I took the opportunity to explore a couple of lava caves in Schmelckdalen on the south slope of Beerenberg. Stunning! It is a bizarre feeling to be actually inside Beerenberg, in the guts of this arctic volcano. I probably don’t have to mention that it is a hard-to-get-to place. That was my highlight in June. 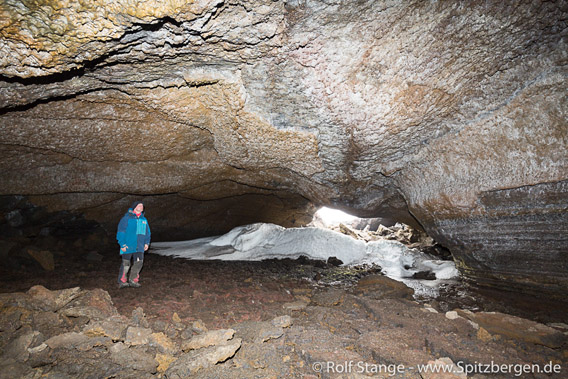