Last night, we had a great sunset at sea, behind the mountains of the island of Austvågøy, while we were gently sailing northeastwards … very nice! A beautiful passage with lovely visual impressions, that’s how we like it! 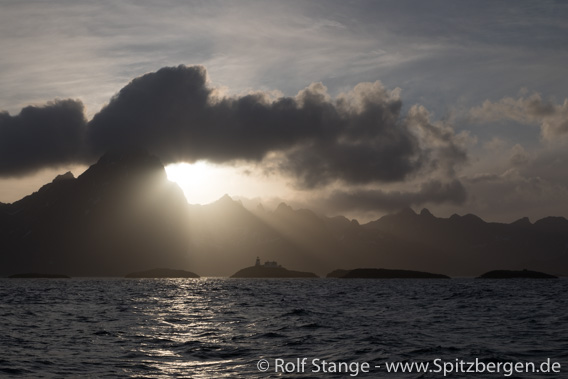 And it was just as nice that we still found space in the little harbour of Kabelvåg, although there was already a ship alongside. But we could go alongside that one and thus had a peaceful place to stay for tomorrow. Which is good, because it is supposed to be rather uncomfortable in the area tomorrow. 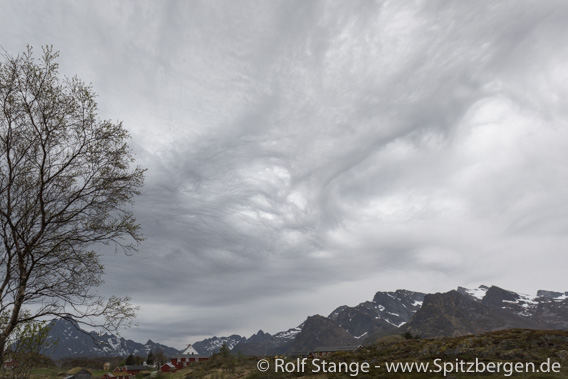 Which was not exaggerated. During the morning, it was still quite ok, but the clouds spoke a clear language. It started raining towards mid-day. But we had a good time in the museum and in the marine aquarium of Kabelvåg. Warm and dry and lots of interesting stufff to see. 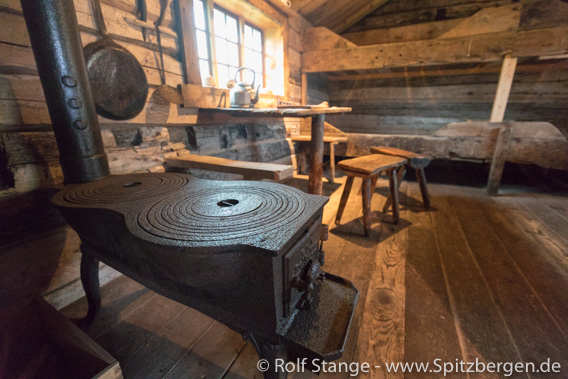 This is where the fishermen lived. 8 men in one room with 4 bunks. In this room, they slept, lived, wworked, cooked, ate and dried their wet fishing gear … 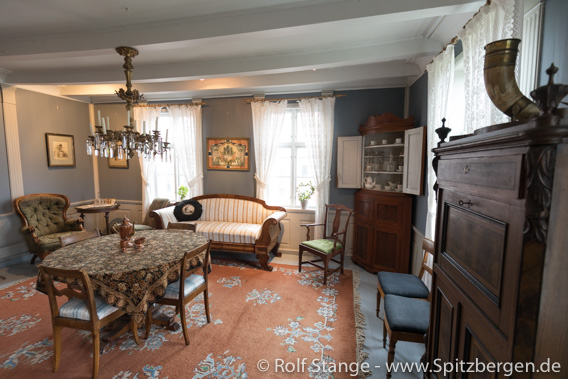 … and this is where the owner of the “Fiskevær” lived, probably best translated as “fishing harbour”.

The afternoon went with lots of rain. Some eiderducks are sitting on the shore, the waves are breaking on the rocks outside the harbour. Some brave people went for a hike, but many prefer to visit the Antigua-cinema and to enjoy a cup of coffee and a book. 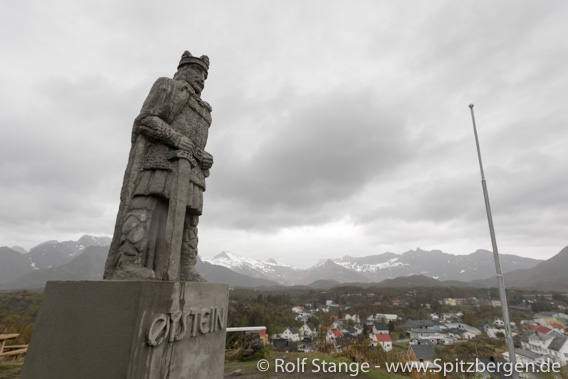 Even a Jazz concert that was scheduled for tonight in the church is cancelled. Too bad, that would have been perfect for a day like this. But the more cosy it is inside, while the rain is falling outside and the waves are going high at sea. 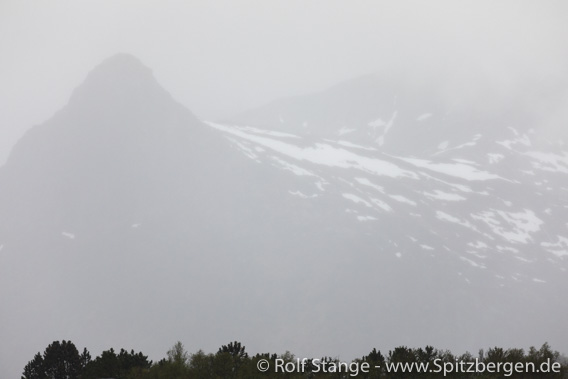 Tomorrow will be a new day with new weather!