The polar bear attack on Phippsøya (Sjuøyane, Svalbard) from Saturday is discussed in media and social media worldwide. The Sysselmannen (governor, police) has released some details, but a lot of questions remain so far.

At 08.30 a.m. (local time), a group of 12 staff members of the cruise vessel MS Bremen went ashore on Phippsøya to prepare a landing for passengers. The group was attacked on land by a polar bear, which did not react to shouting and shooting with signal pistols. The bear attacked a 42 year old German staff member who suffered head injuries. The man was taken to the hospital and later Tromsø, his condition is stable.

The bear was shot by 2 other members of the group and later flown to Longyearbyen by helicopter for investigations. 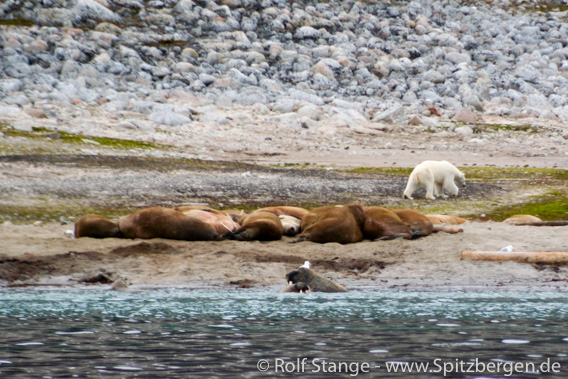