It comes hardly as a surprise: once again, there are negative records of the current sea ice situations. As the Norwegian Ice Service released on Twitter, there has never been as little ice around Svalbard as currently since beginning of the recordings in 1967. As the latest ice chart shows, both Svalbard and neighbouring Frans Josef Land are completely free of sea ice: 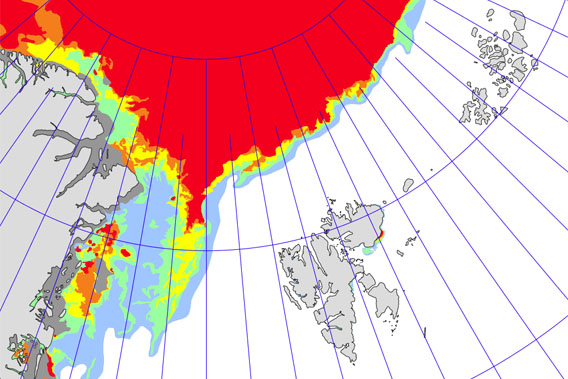 But scientists are even more worried about the loss of ice north of Greenland, which is also visible in the ice chart above. Northernmost Greenland is an area where ice is pushed against the coast by currents, so it is – was – building up a very solid ice cover averaging 4 m in thickness and reaching more than 20 m thickness in places! This ice cover was, however, weakened by warm air incursions such as the extreme event in February. The weakened ice could be moved around by wind much more easily, and this is exactly what happened now in a large area north of Greenland. Even if the water surface freezes again soon, the damage is now done and it is hardly reversible: as the term multi-year ice suggests, it takes many years to replace a lost area of such ice, but it is hardly expected that this will happen at all given current climate developments. 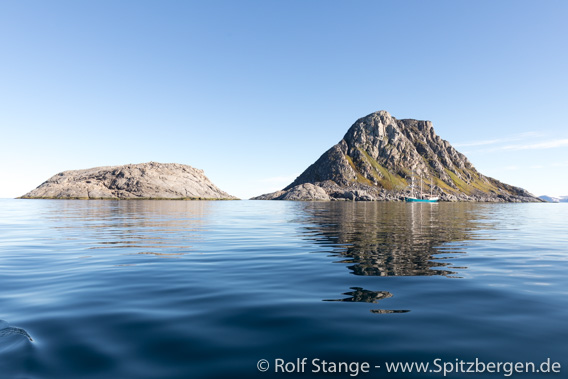 It fits into this picture that Longyearbyen has now got an unbroken series of 90 (!) months with temperatures above the long-term average. A dramatic development, but hardly a surprise.