A reasonably calm night under sail brings uns far east to Nordaustland, as far as Murchisonfjord. A thin layer of fresh snow is a clear sign of the summer fighting a lost battle in these latitudes, the thermometre does hardly climb above zero anymore. A snow shower was reducing the visibility almost to zero as soon as we went ashore. 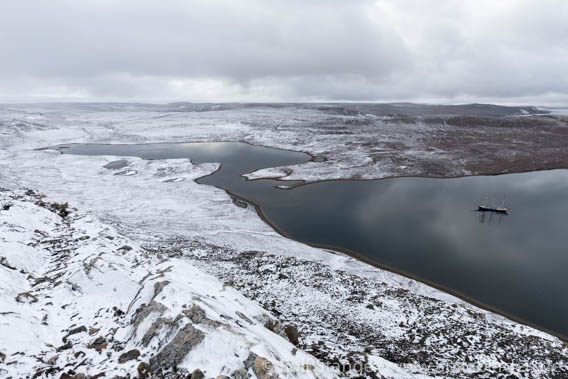 We landed in the innermost corner of Murchisonfjord. White snow was covering red rocks, greetings from early chapters of Earth history. Wide-open views over hills and valleys, fjords and islands, with the ice cap in the background. 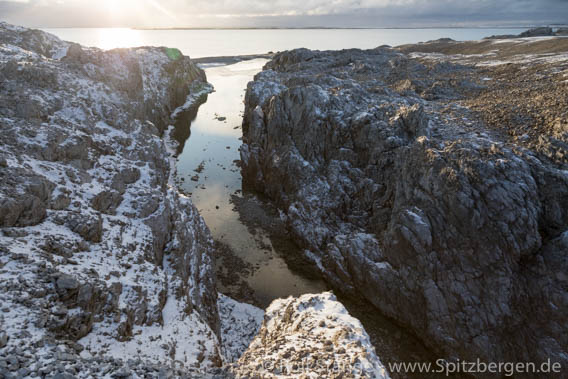 We move over to Kinnvika for the afternoon landing. The September sun is casting warm light over the cold landscape and the old Swedish research setation. The light is getting more and more intensive, with colours like from an dream.

We spend the night at anchor in Kinnvika, nice and calm. 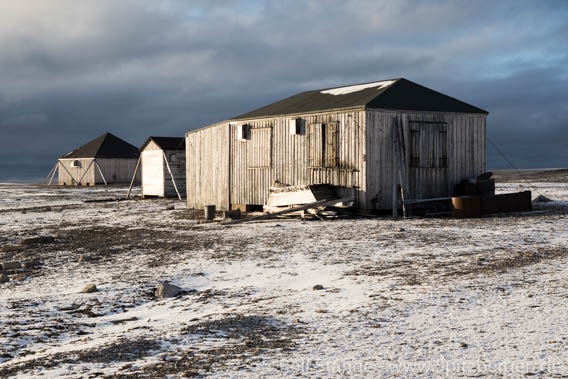 The Swedish research station Kinnvika was last in operation in 2007/2008.