No, this is not a joke, unfortunately: there was a bank robbery in Longyearbyen today (Friday, 21 December). The alarm went in the Sysselmannen’s office at 10.40 local time. One man entered the bank with a firearm and brought some cash in his control.

There were only employees in the bank at that time. These took proper action and managed to activate the alarm, as the Sysselmannen told Svalbardposten. 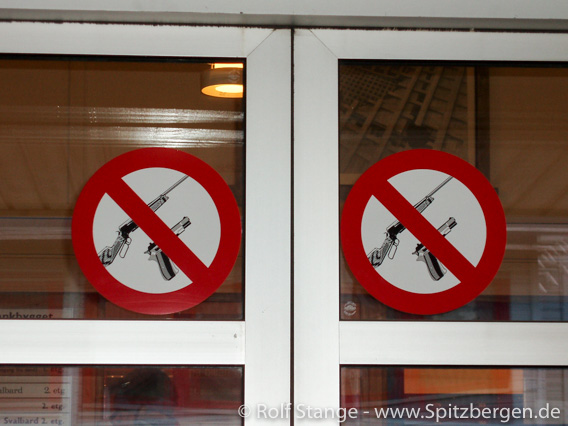 It is actually forbidden to enter the building with the bank in Longyearbyen with a firearm. Today, there was a bank robbery. Nobody was injured.

The bank robber was soon arrested by the police, he still had the money with him. He is not of Norwegian nationality and was taken to see the medical doctor, but police questioning is expected to begin later today.

Update: it was not a local resident. The man will be taken to Tromsø today for investigative custody.

No further information is available so far.