The polar bear that was anaesthetised and flown out last night died during the transport in the helicopter, according to the Sysselmannen.

The cause of death is currently unknown. A postmortem examination is expected to clarify this within a few days. 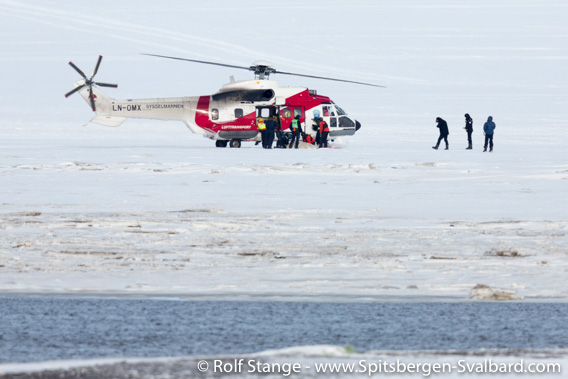 An anaesthetised bear during preparations for a helicopter flight to Nordaustland (archive image, 2016).

The bear is said to have been a female that was not tagged.

There is always a remaining risk inherent to anaesthesy, especially as the weight and health condition of the “patient” are mostly unknown or can, at best, be roughly estimated, something that must obviously have been difficult last night in darkness.

Anything beyond this is mere speculation at the time being until the results of the postmortem are available.