Home → * News and Stories → Monthly temperature in March below average

Monthly temperature in March below average

The weather statistics from Longyearbyen have, for years on end, yielded temperatures above the long-term average. This has been the case for 111 months, a series that started in November 2010: since then and until February 2020, there has not been a single month with an average temperature below the long-term statistics.

But March 2020 turned out to be the month that finally breaks up this series of more than 9 years. It is very unlikely to be a new trend, just a cold month between many warmer ones, but still – the monthly average of March 2020 was -16.2°C or half a degree below the long-term average, according to Ketil Isaksen from the Norwegian meteorological institute. 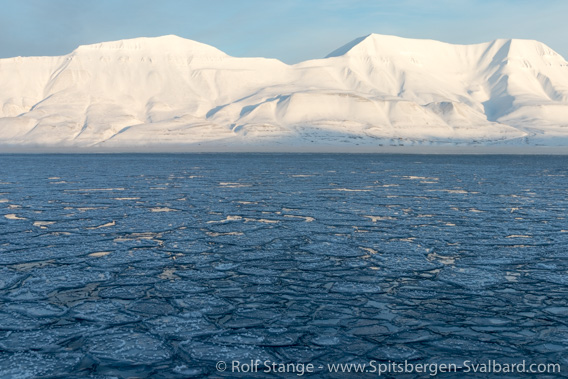 A cold March: fresh ice forming in Adventfjord near Longyearbyen.

Half a degree below average is not exactly an awful lot, but nevertheless Isaksen assumes that the cold winter gives the warming permafrost a little break: because of the thin snow cover, the cold should have penetrated the ground, an effect that should last a while into the summer.

The reference period for the long-term average is 1960-1990. As soon as the current year is over, there will be a new reference period: 1990-2020. This will increase the reference average temperature values because these recent decades have been significantly warmer than the previous ones. Hence, as the new reference value will then be higher, we will, in the future, see more months again with average temperatures below the long-term average: a result of the new statistical base rather then the end of climate change with will keep making the Arctic warmer. This is, based on all current knowledge, not going to change any time soon. The meteorological record from Longyearbyen airport (Svalbard Lufthavn) shows that the temperature has risen by no less than 5.6 degrees since 1961! 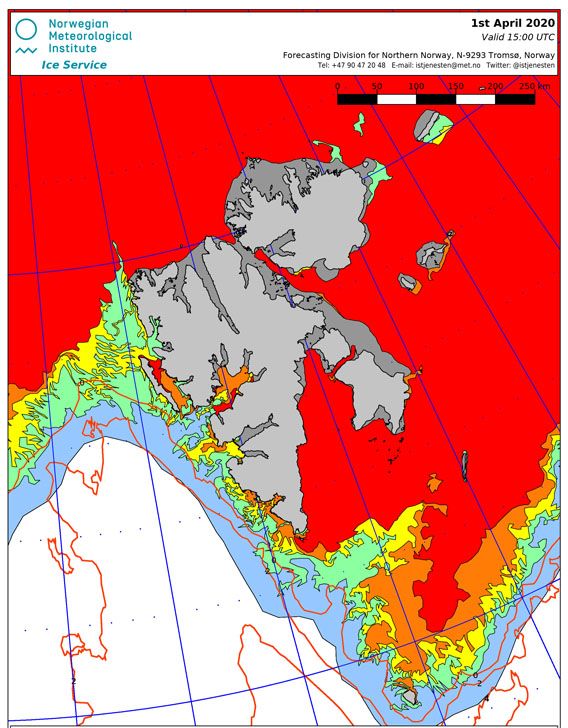 Ice chart as of 01st April 2020. No April Fool’s Day joke, but quite a lot of ice.
© Norwegian meteorological Institute.

Currently, we can at least enjoy the fact that there is a good ice cover in and near Spitsbergen, both fast ice in coastal waters and drift ice, currently reaching as far south as Bear Island (Bjørnøya)!