Spitsbergen with Antigua in July cancelled

It is really not a surprise, but now it is official: our Spitsbergen voyage with Antigua in July is cancelled for reasons that will hardly require an explanation. The participants who are booked on this voyage will be contacted soonest by the Geographischen Reisegesellschaft. 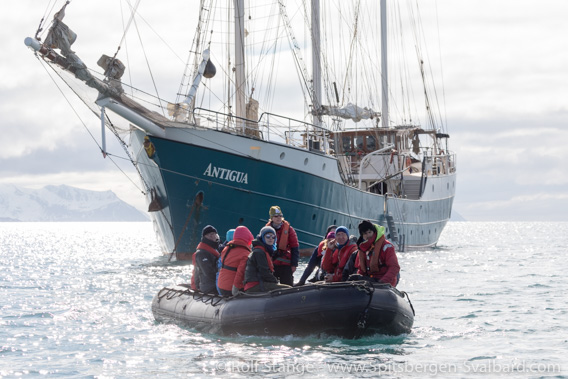 With Antigua in Spitsbergen: won’t happen in July 2020.

I have to admit that this is a bit emotional. The thought of all the arctic soulfood that is lost this year can bring more than just a bit of water to one’s eyes. Certainly to mine, at least. This summers’ first, early season trip in Spitsbergen on Antigua would be happening right now. Still a lot of snow and ice up north. But in real life, Antigua is about as far away from Spitsbergen as most of you readers will be. A few weeks ago, on the trip up from mainland Norway to Spitsbergen, we might have seen Bear Island as we haven’t seen it at all in recent years: with dense ice packed all round the shores! We can only imagine how good that might have been. Sad. I am sure that I can honestly think and write that on behalf of all passengers and crew. 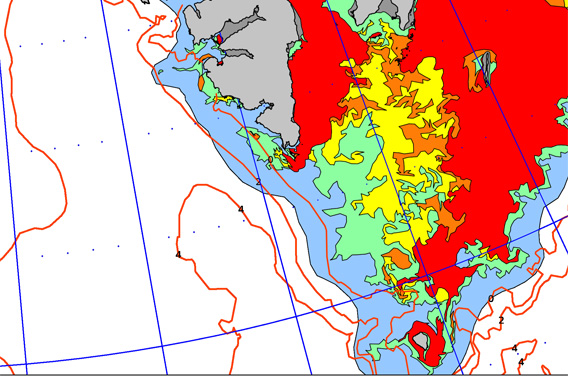 Ice chart of south Spitsbergen, early May: ice around the south cape, Bear Island and on the east coast, Bellsund frozen solid. How good would that have been …
Ice chart © Norwegian Meteorological Institute.

Beyond all the good experience that is now lost, you may imagine that this is also a bit of a tough blow economically. In this context, I may mention that my Spitsbergen online shop has never been closed and it will remain open and accessible at any time and you can find a lot of good stuff there to travel the Arctic without leaving the sofa! Next to the famous Spitsbergen bible, there is the less famous, but maybe even more beautiful photo book with the aerial photos or, with the driftwood picture frames and the kitchen slats, a real piece of Spitsbergen on the wall or the kitchen table, respectively, to mention just a few.

Generally, tourism is starting up slowly again in Spitsbergen. Emphasize “slowly”. But this, again, will hardly come as a surprise: so far, only tourists from mainland Norway can visit Spitsbergen. Danish tourists will be the next ones who will be allowed in from 15 June. The Norwegian government has announced to make a statement regarding visitors from “near-by European countries” until 20 July. So, stay tuned.

Anyway, ship-based travelling over several days is so far excluded and it is announced that it will take “more time” (without further specification) until this kind of travelling can take place again.