Travel restrictions for tourists from Germany and Liechtenstein likely to come

The Norwegian Institute of Public Health (Folkehelseinstitutt, FHI) has recommended to introduce compulsory quarantine for tourists coming from Germany and Liechtenstein, based on rising corona infection figures from these countries. 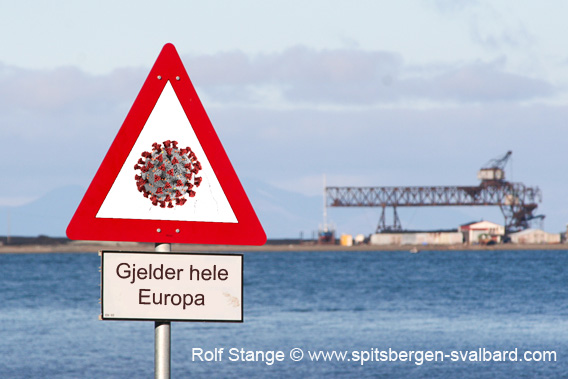 “Valid in all of Europe” – Corona virus warning.
(Photo composition. This is in reality of course the famous polar bear warning sign).

The Norwegian government has to make a decision whether or not such restrictions will be introduced. Generally, the government will most likely follow the FHI’s recommendations. The Norwegian threshold for the introduction of restrictions is an infection rate of 20 per 100,000 inhabitants within 14 days (two weeks and not one, as was erroneously written here in an earlier version of this article). According to the Robert Koch-Institute, a federal agency responsible for disease control and prevention in Germany, the figure amounts to 10.2 averaged for Germany as of Tuesday, 25 August for the last 7 days, and higher figures occur in certain areas. So far, the Norwegian government has made regional decisions only for Scandinavian countries.

If the Norwegian government decides to introduce travel restrictions for Germay and Liechtenstein, then they are expected to come into force on Saturday at 00:00. The FHI has already sent text messages to Norwegian mobile phone numbers in Germany with a warning that compulsory quarantine may apply for travellers entering Norway later than Friday.