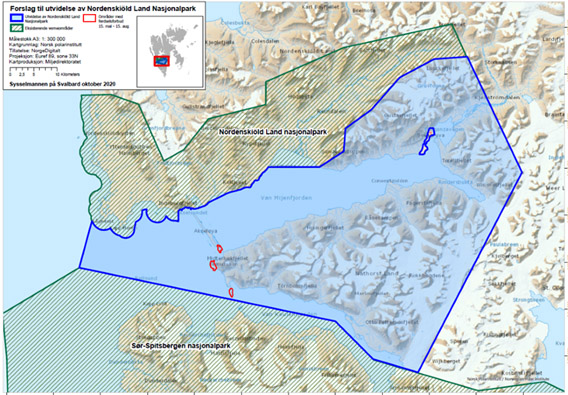 The process is currently in the stage of public hearing. The public is encouraged to give input to the Sysselmannen.

A larger Nordenskiöld Land national park is likely to involve several restrictions for public traffic, including restrictions for motorized traffic (snow mobiles) on the fjord ice of Van Mijenfjorden. This is mainly targetet against snow mobile traffic to Rindersbukta and Akseløya. In addition, 3 new bird sanctuaries are planned in locations that have high concentrations of resting and breeding birds, mainly common eider ducks, barnacle geese and pink-footed geese. The locations currently in question are Mariaholmen (near Akseløya), Eholmen (near Forsbladodden) and Midterhuksletta. 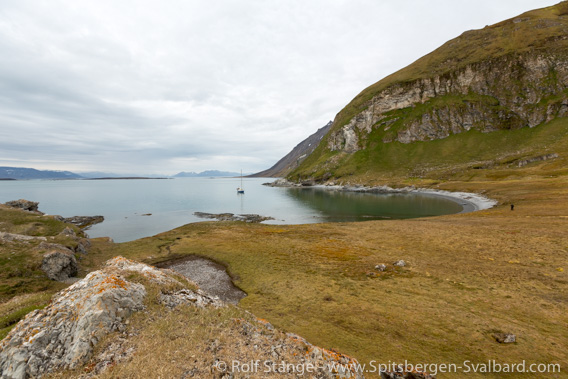 Parts of the former settlement of Sveagruva, which is largely being removed these days, are currently not included in the enlarged national park.