The Norwegian mining company Store Norske is currently operating deeply in red numbers. After several good years, an exception in Spitsbergen’s mining history, the loss was near 234 million Kroner (29 million Euro) in 2012, and 2013 is not expected to be much better. The main reasons are said to be low prices on the world market for coal and the increasingly difficult conditions in the main mine Svea Nord near Sveagruva, which is now operating in marginal parts of the coal seam, with lower quantities and inferior qualities.

A new mine is expected to operate from 2015 at Lunckefjellet, north of the current mine Svea Nord, but only until 2018.

Store Norske reacts by cutting down costs. Employees will have to face release, and the daughter company Store Norske Gull, which has been prospecting for gold for years at St. Jonsfjord on the west coast of Spitsbergen, will not continue its activities in 2013.

Sveagruva in Van Mijenfjord: the current centre of coal mining in Spitsbergen. 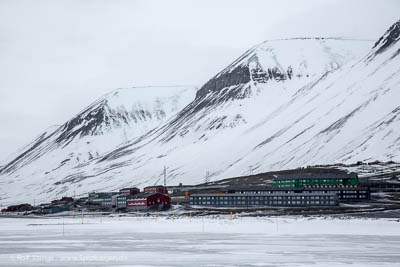