Evacuation from Bear Island (Bjørnøya) after solarium use

This is not how station chef Erling Gustavsen had pictures his farewell from Bear Island (Bjørnøya): In mid May, he got painful changes to the skin on the ankle. Tele-medical consulation resulted in some fear that he might have caught Staphylococcus spec. Finally, it was decided to helicopter-evacuate him from Bear Island to get him into medical treatment.

In the hospital in Tromsø, however, it turned out that Gustavsen had simply burnt his ankle in the solarium. He had, at the same time, used cream to cure problems with his Achilles heel, which makes the skin more sensitive to UV radiation.

The patient is improving rapidly, but he finds the story a bit embarrassing. Effects of the evacuation of the chef on the meals for the remaining station crew on Bear Island are not known.

The weather station on Bear Island (Bjørnøya). The solarium is of course the only place to be in such conditions. 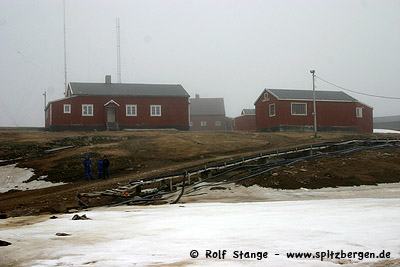