Now it was getting time to move northwards. The wind was not completely gone, but it had calmed down considerably, compared to two days ago, when we had turned into Krossfjord rather than going out. But there was still some sea and wind going, so some stayed outside, others inside, all enjoyed the views of the coast, slept a bit, read, and everybody was looking forward to sheltered waters, which were to come in just a few hours. 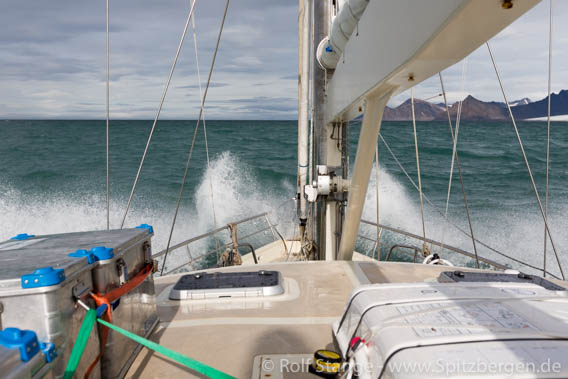 We passed the slightly smaller sister ship Arctica I and exchanged some goods, an interesting operation at open, moderately rough sea. With a rope and waterproof bags, we got some reading material for our skipper and black tea, while peanut butter went the opposite way.

The passage south of Danskøya brought the first polar bear sighting of the trip. A little family, mother with cub of the year, about seven months old. 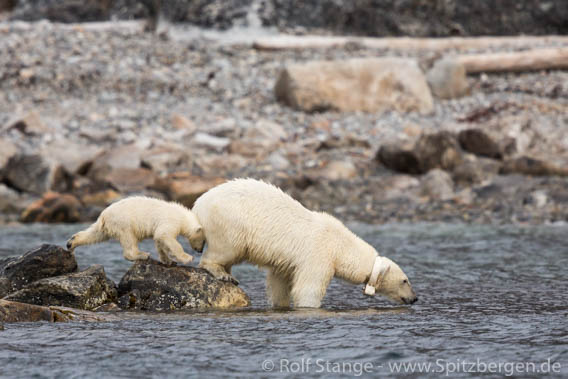 Now the anchor is down on the bottom in Virgohamna, and it is calm around the ship and on board. The arctic aeronauts Andrée and Wellman add some historical flavour to the day, in theory in here and outside. 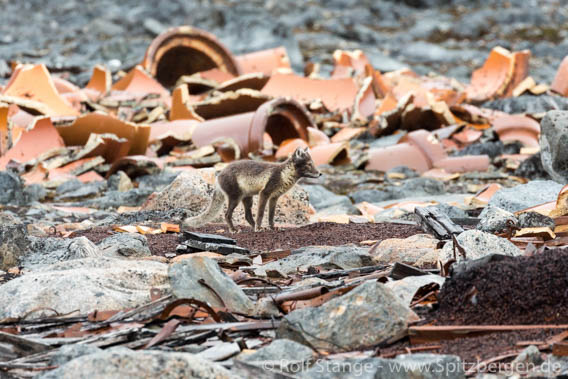 The polar fox that did obviously not care about protecting cultural heritage, walking straight across the remain from Wellman’s activities, was definitely a highlight.